The D41CV station on Cape Verde Islands off the west coast of Africa continues to show new paths on 144 MHz that would have been unimaginable a few years ago.

On Tuesday the 2nd of July 2019, a Sporadic-E opening from Germany to the south of Spain coincided with a marine ducting event from the coast of Spain down to Cape Verde Islands. 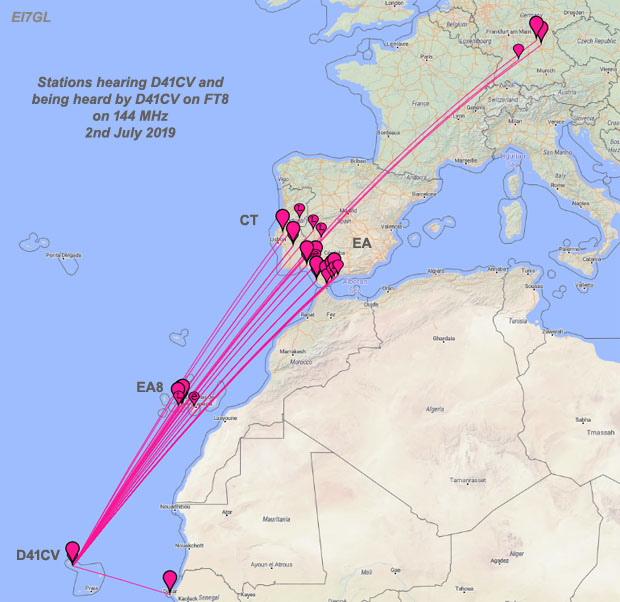 As the map clearly shows, D41CV was hearing and was being heard by stations in the Canary Islands, Portugal and Spain. This is as a result of a marine duct which can stay established for days at a time and the distance from Cape Verde to the south-west of the Iberian peninsula is in the region of 2,800 to 2,900 kms, an impressive distance for 144 MHz in its own right.

What was exceptional on the afternoon of the 2nd of July 2019 was that there was also a Sporadic-E opening from Spain to Germany allowing stations from there to access the marine duct.

As this screenshot from D41CV shows, he was hearing Spanish stations who were working German stations on 144 MHz FT8. 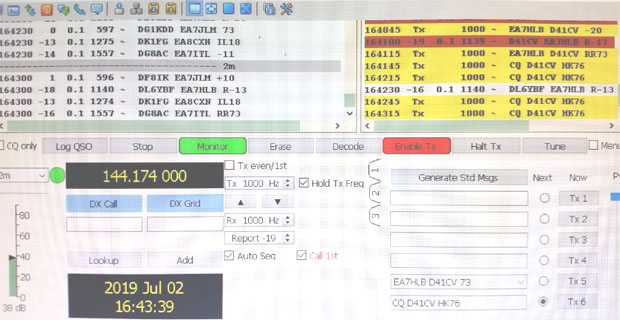 The map below shows who was hearing and was being heard by each of the three German stations over a 12 hour period on the 2nd of July.

It clearly shows the Sporadic-E path that was open to Spain as well as the continuation by marine ducting to the Canary Islands and Cape Verde Islands.

The distance from the German stations to the Canary Islands is about 3320 kms which is an incredible distance in itself.

This is the tropo map from F5LEN showing the marine ducting path off the coast of Africa... 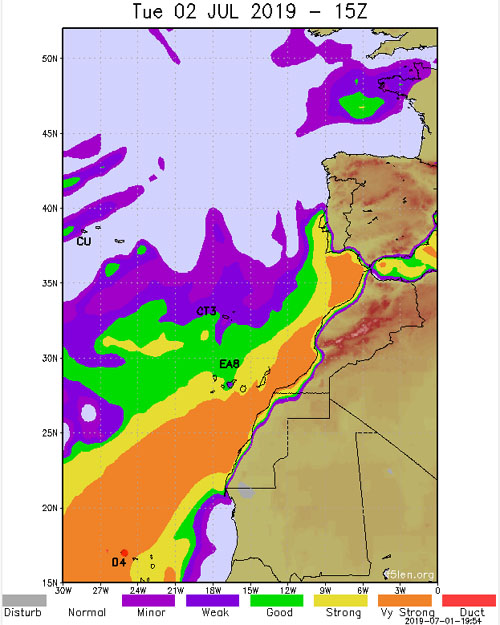 While on this occasion, it looks as if no actual contacts were made, it does show the potential of what might be achieved.

For example, if we put the put the opening of the marine duct off the south coast of Portugal then this shows the approximate limit for Sporadic-E from there... 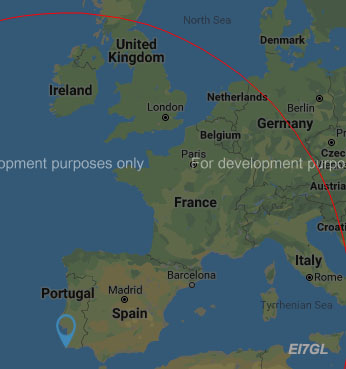 If the marine duct were to extend up further then places like Scotland would come into range.

The big unknown in all of this is of course the requirement for a Sporadic-E opening at 144 MHz. 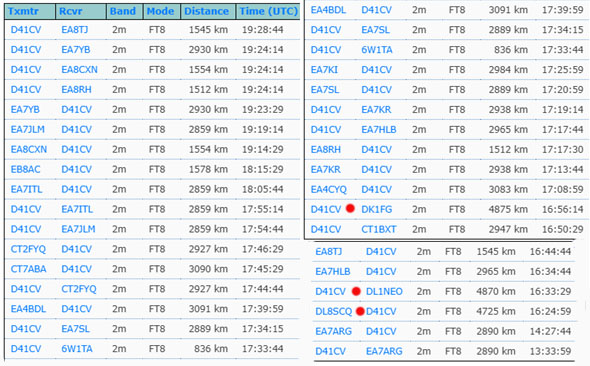