The D4VHF team on Cape Verde Islands have just announced that they plan to be operational on the 70 MHz (4-metre) band during the Summer of 2021!

They will be using a 4-element Yagi (shown above) beaming towards Europe with an output power of 500-watts.

As the map shows below, the Cape Verde Islands are a long way from Europe and some multi-hop propagation will likely be required. Analysis... The annual Sporadic-E season in the northern hemisphere normally starts in late April and runs until mid-August.

It's likely that the first Sp-E openings from Cape Verde will be single hop with a maximum range of 2300kms or so. Stations in the Canary Islands (EA8) at 1500kms or so are ideally placed for a one-hop Sporadic-E opening on 70 MHz.

To get further up and into Europe, it will likely require a double hop opening with ranges of say 2500 to 4400 kms. This should allow stations in the UK and Ireland to work Cape Verde on 4m.

Obviously the more hops that are required for a path to open then there are statistically fewer openings. However, 70 MHz isn't that high a frequency when it comes to Sporadic-E and there should be occasions when even three hops or even four hops are possible. I suspect though that multi-hop openings like this to say central or northern Europe may only occur once per season? We'll see.

Tropo Ducting at 70 MHz???... The D4VHF station on Cape Verde has made many spectacular contacts on 144 MHz and 432 MHz thanks to a marine duct off the north-west coast of Africa. 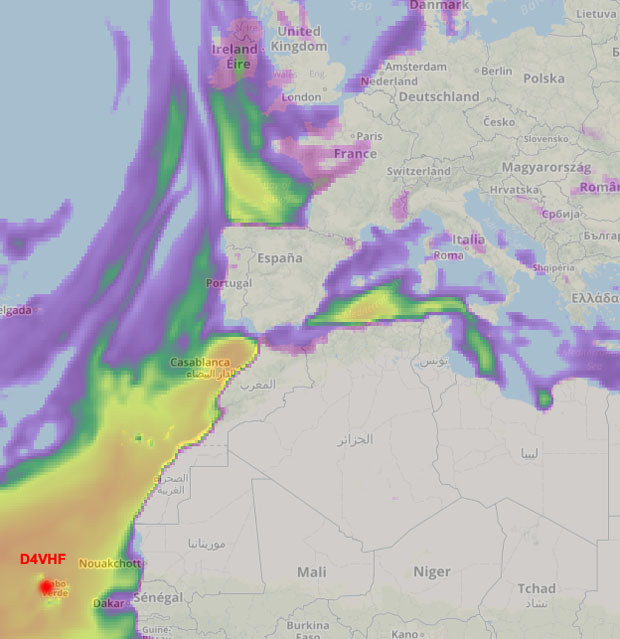 This marine duct establishes itself for long periods at different times of the year and this allows stations on the coast of Spain and Portugal to work D4VHF on 2m with relative ease over a 3000km or so path. At times, this duct moves further north allowing stations in the UK and Ireland to get in on the action.

The big question is if 70 MHz signals with a wavelength of four metres will be able to propagate through this marine duct?

Will the 70 MHz signals from D4VHF be able to reach the Canary Islands (~1500kms) by tropo ducting? The south-west coast of Spain and Portugal at 2800kms? Will the frequency be too low?

If the marine duct does propagate 70 MHz signals then there is the possibility of it coupling to Sporadic-E openings more often. If not then it looks as if rarer double hop Sp-E might be the only option. 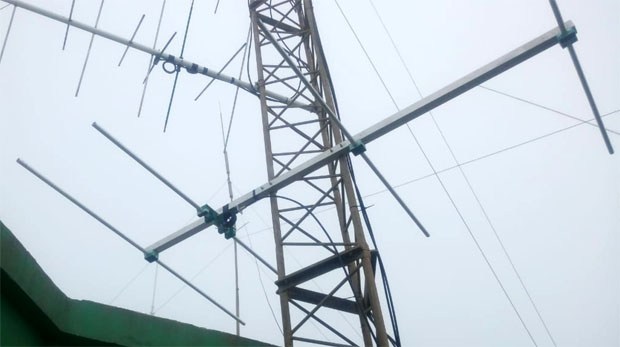 In conclusion... I'm sure many fans of the 70 MHz band will look forward to D4VHF from Cape Verde appearing on the band during the summer of 2021. Single hop and even double hop Sporadic-E contacts I believe are a forgone conclusion and these shouldn't be that difficult.

What I find most interesting however is the ability of a 70 MHz signal to propagate inside a marine duct. Is it possible? If it does happen, is it common? And how far?

It'll be interesting to see the results.