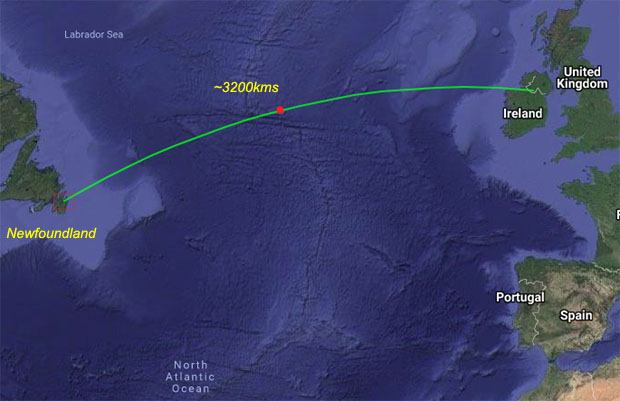 This really is a remarkable catch. Paul Logan in Lisnaskea, Fermanagh, Northern Ireland managed to hear a Canadian radio station across the Atlantic at 88 MHz! While 28 MHz and 50 MHz signals are pretty common across the pond, it is extremely rare that signals of such a high frequency get across.

With a distance of some 3200 kms, it is very likely that it was double hop Sporadic-E which is remarkable. It's not that common for the propagation to reach 88 MHz for one hop but to have it at 88 MHz at two spots at the right distance apart is really rare.

The video of the reception is shown below...

The only other person to have heard a Band 2 trans-atlantic signal from North America was David Hamilton in Scotland who heard Newfoundland in 2003. Incredibly, a small number have managed to hear Band 2 stations from the Caribbean which is a more southerly path albeit further away.