After a recent chat with Willie EI7CGB about Medium Wave reception, I did a daytime band scan to see what could be heard on the band using just basic domestic radios. I used two radios....

Silvercrest KH2030...The first one is a Silvercrest radio which I picked up in Lidl a good few years back. I think at the time, it was only about €18 and it's performance can be at best be described as mediocre. It's fine for listening to local stations on FM but on AM, the sensitivity is poor. At night, it can pull in the strong European signals but it's not very good for weak signals. It does however have a digital readout to show what frequency it is on. 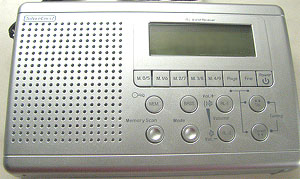 Sony CFS-W360L... The larger radio is an old model which covers FM, Medium Wave and Long Wave. Considering its size, it probably has a bigger internal ferrite rod aerial for Medium Wave than the Silvercrest and as a result is better at hearing weak signals. The tuning dial however is analogue but that wasn't too much of a problem when there are only a small number of signals to hear during the daylight hours.

The tests were done in the middle of the day when only ground wave signals would be heard. This is what was heard. 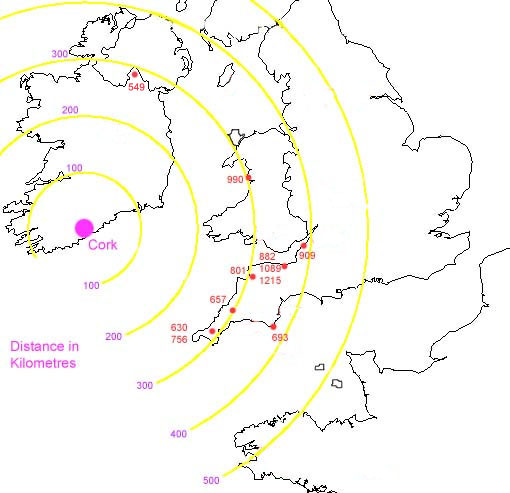 Notes...
1) A total of 11 signals were heard. Roughly 7 of them were strong enough to listen to but with a good bit of noise. The other 4 were weak.

2) The 657 KHz signal from the 0.5kw BBC Radio Cornwall transmitter at Bodmin was about the same level as the 25kw Spirit Radio transmitter up in Co.Monaghan on 549KHz. Considering that both are roughly the same distance from here, it just goes to show the difference a sea path makes even though I am still about 20kms inland.

3) I repeated the test on several days at about the same time, the results were the same. These are the basic 11 signals that I can hear from my house.

The equipment used was very basic and would be pretty typical of what most people would have. It does however set a useful base line on which to judge future tests and improvements.
Posted by John, EI7GL at Saturday, March 31, 2018