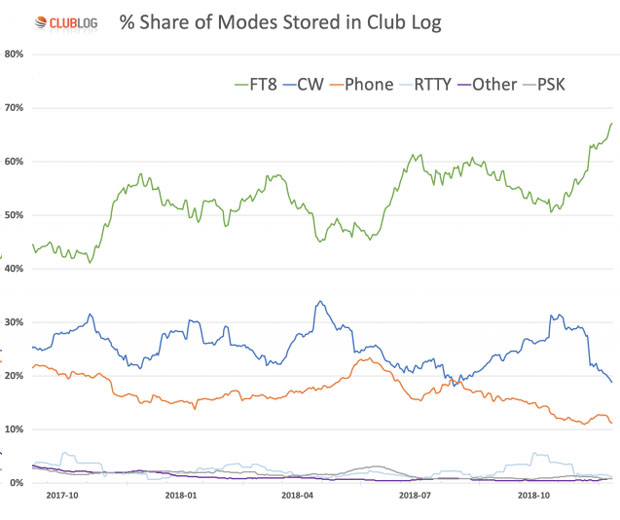 With so many contacts being uploaded, it's a good place to show recent trends.

The chart for 2018 shown above shows the popularity of each respective mode during normal operating times outside of contests. (Note that the data from the major contests is excluded so as to not distort the data).

A few things jump out from the chart...

1) The sheer popularity of the FT8 digital mode.

2) The decline in phone / SSB contacts.

3) Morse / CW seems to have declined as well but fares better than SSB.

A lot of people complain about FT8 and its 'impersonal nature' but the stats show what people are interested in using.