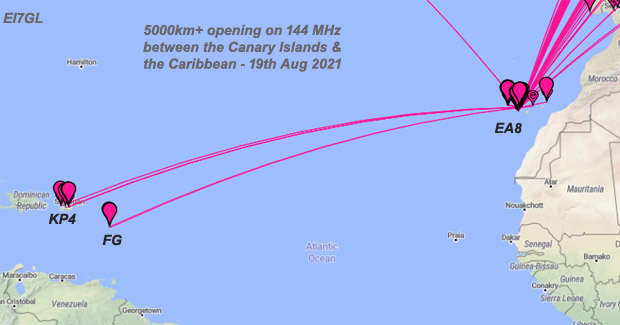 It looks as if the mode of propagation is tropospheric ducting over the North Atlantic as shown by the forecast below from F5LEN - 19th Aug 2021 @12:00 UTC. 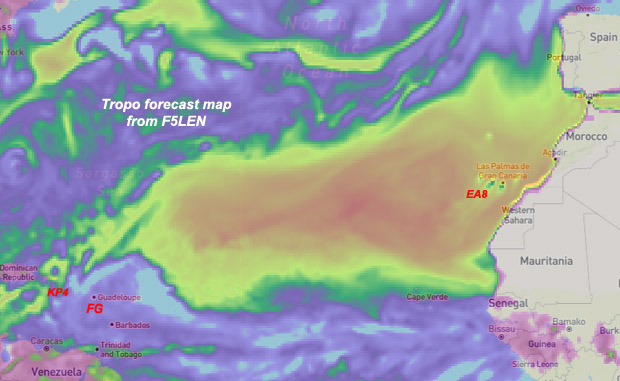 FT8 & SSB: The opening on the 19th seems to have been mostly via the FT8 digital mode but a few SSB contacts were made.

These are the paths and reports that I could find for three stations in the Canary Islands...

Path between FG & CT: It also seems as if there was a path open on 144 MHz between Guadeloupe and Portugal. 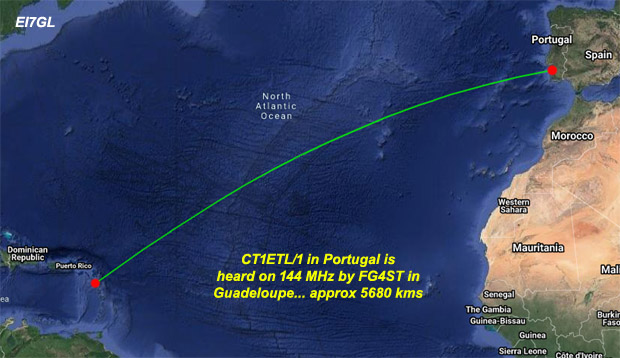 This is the first time a signal from mainland Europe has been heard in the Caribbean on 144 MHz. Note that EB1DJ did hear KP4EIT in Puerto Rico in August of 2020 so this more northerly path has been open before. See LINK

This is the FT8 screen from FG4ST showing two FT8 decodes from CT1ETL/1 at -20dB. No QSO was completed.

It looks as if this tropo duct might open up again so it would be worthwhile for stations in Spain and Portugal to beam towards the Caribbean.