The VHF/UHF DX Book was written in the early to mid-1990s by a team of experienced VHF/UHF DXers and equipment developers, in an effort to pass on their knowledge and stimulate further developments. 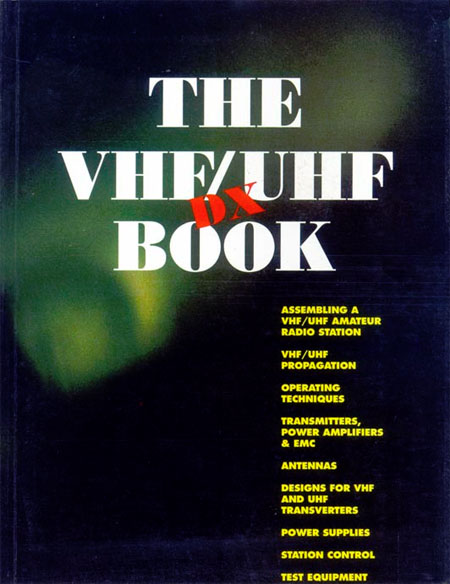 The book covered various aspects as you can see from the cover above. I bought this book when it was released and built the design in it for a 4 element Yagi for 50 MHz. I used that antenna to work 100+ countries on 6 metres during the sunspot cycle around 2001-2002.

The book is now available as a PDF and can be downloaded for free. It is 25 MB in size and can be found at this website... http://www.trpub.net/html/dx_book.htm

This is a remarkable gesture by the book's owners and should be of interest to anyone with an interest in the VHF bands.
Posted by John, EI7GL at Thursday, February 09, 2017