US radio amateurs lose 25% of the 3.5 GHz microwave band

Back in October 2020, I had a post about how the FCC were proposing that radio amateurs in the USA would lose the 3.5 GHz (9cm) microwave band.

After some appeals and feedback, the FCC have now announced that US radio amateurs will only lose use of the spectrum from 3.450 to 3.500 GHz from the 14th of April 2022.

The current band plan for the part of the spectrum that is being lost is shown below... 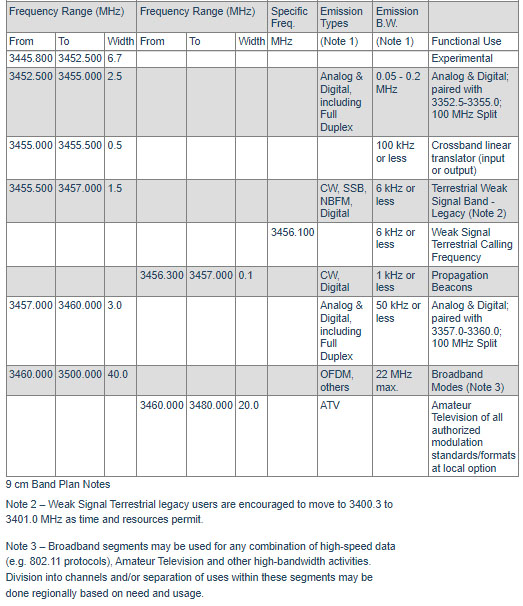 The 50 MHz of spectrum that was lost was auctioned off by the US Government for around $22 Billion for 5G services.

The future of the remaining 9cm band for amateur use is by no means certain. In a news article, the ARRL said... "Secondary operations are permitted to continue indefinitely in the remainder of the band, 3.3 – 3.45 GHz, pending future FCC proceedings."

While this loss of spectrum may not matter to most, it does highlight the value of the microwave spectrum in the low GHz range to commercial companies and how there is a very real threat of losing many more parts of the spectrum in future.