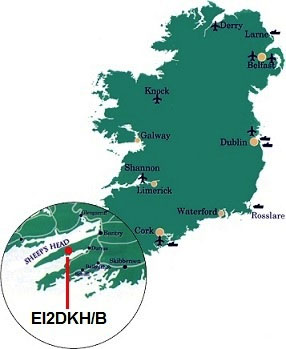 It was announced this week that the Irish trans-Atlantic 144 MHz beacon EI2DKH has ceased transmissions.

Operated on behalf of the Irish Radio Transmitters Society (IRTS) by Tony Baldwin, EI8JK, the EI2DKH beacon transmitted JT65B on 144.488 MHz with a CW identification on every even minute.

The beacon was established in early 2015 with the hope that the 2m signal would be heard across the North Atlantic in either Canada or the United States.

The beacon’s power output was 75 W to an array of 5 element Yagis at 60 meters above mean sea level and beaming due west from Sheeps Head in IO51dn.

As can be seen from the map, this was in the far south-west of Ireland and just over 3,000 kms from Newfoundland, Canada.

In its seven years of operating, there were no 2m reports from across the Atlantic.

"It has been pointed out that my EI2DKH beacon is perhaps not the best site. That coupled with the electricity cost for running it 24/7, I have decided to not run the Trans-Atlantic beacon this year.

If there is an EI/GI amateur with a good site on the west coast who would like to take it over, I would willingly supply the 4 antennas, splitter and pre-amp.

This project might be of interest to any individual or group who have access to a site which is near the western seaboard of Ireland and has an extremely low horizon to the west-north-west. 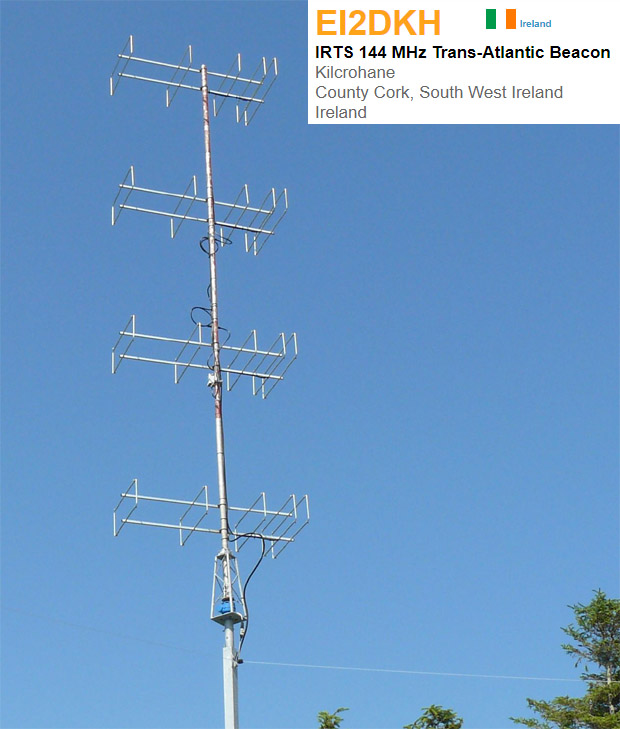 A pity. At any new site, I recommend FT8 as part of the sequence as this works with weak, fleeting, signals far weaker than CW. It may only open very briefly.

Bad news, but it is understood. Thank you very much for all these years. 73 EA1AIW