Back on the 5th of August 2018, Mark Turner EI3KD worked D4Z in the Cape Verde Islands off the coast of Africa to set a new IARU Region 1 tropo record on 144 MHz. Now less than two months later, that record has been broken again. 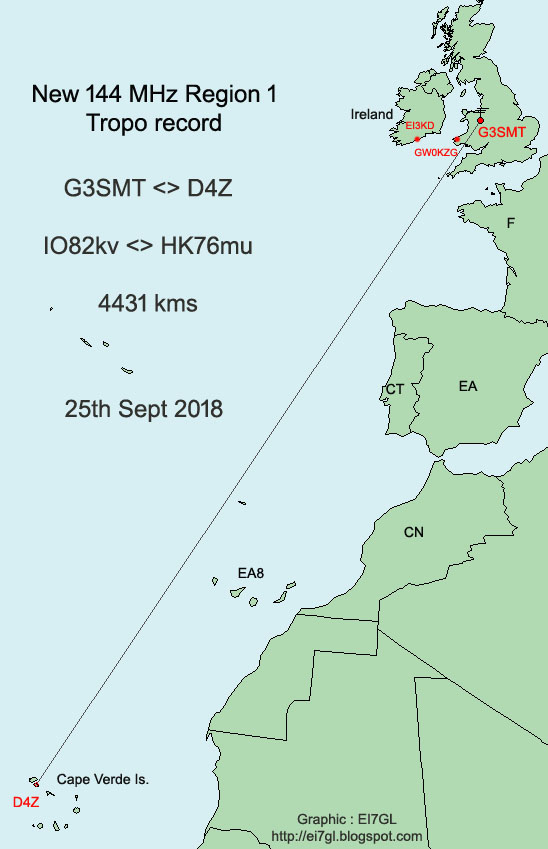 On Tuesday the 25th of September 2018, the marine duct from the Cape Verde Islands expended as far north as the British and Irish Isles again.

At approx 21:46, GW0KZG in IO71LW in the west of Wales worked D4Z to extend the record to approx 4270 kms. It turned out to be one of the shortest held records however,

This is the tropo prediction map for the path at the time...

It's probably likely that the record will be extended again at some stage in the future with perhaps a contact to Northern Ireland or Scotland.

Just to illustrate just how far the G3SMT - D44Z contact was, this is the equivalent distance across the Atlantic from the south-west coast of Ireland. 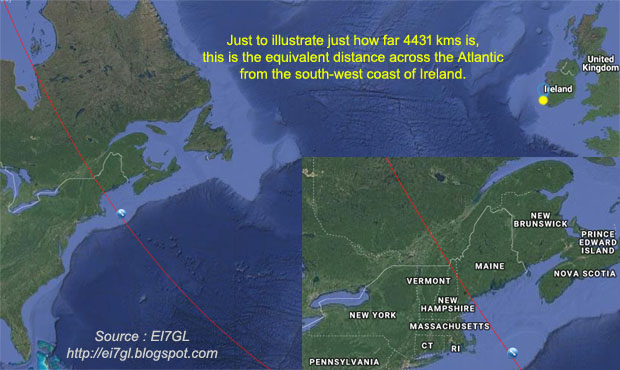 Shame my mate Terry M0vrl (IO70) held it for a few years. Good on the others thou to work D4

thank you Andy, de Andrea HB9DUR (one of D4C, etc)