On the 16th of June 2019, the Atlantic was spanned for the first time on 144 MHz when D41CV on Cape Verde Islands off the coast of Africa managed to work FG8OJ in Guadeloupe using the FT8 digital mode. Amazingly, that particular opening lasted for the best part of five days.

After a respite of about a week, the trans-Atlantic path has opened up again on 144 MHz. 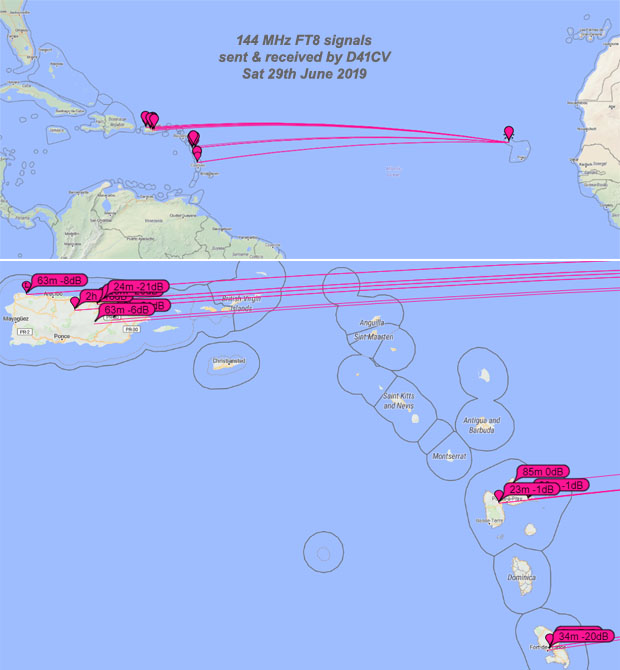 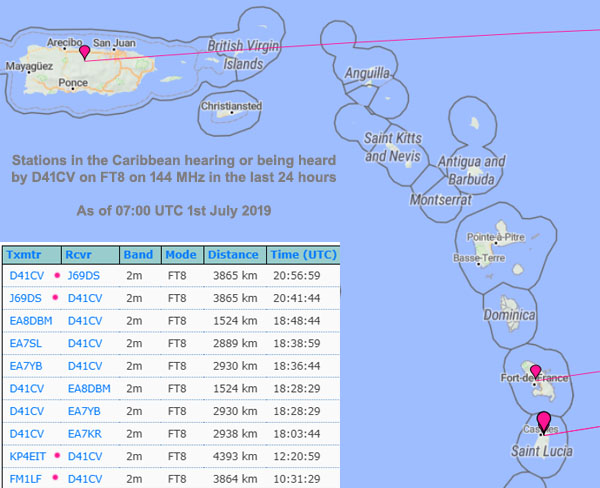 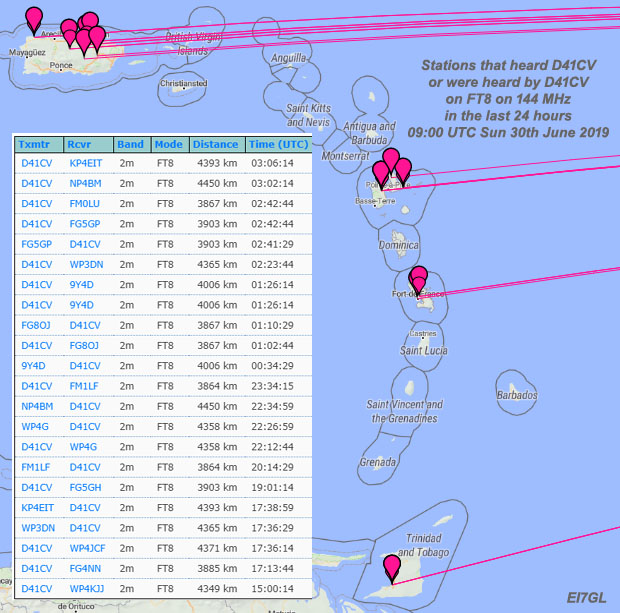 A great achievement by all involved, well done.
Just though i would let you know i asked our friend ki5blu the question on air today.....ki5blu kp? kp?.
strange that he went a bit quiet ? i dont undertand why....hmmm.