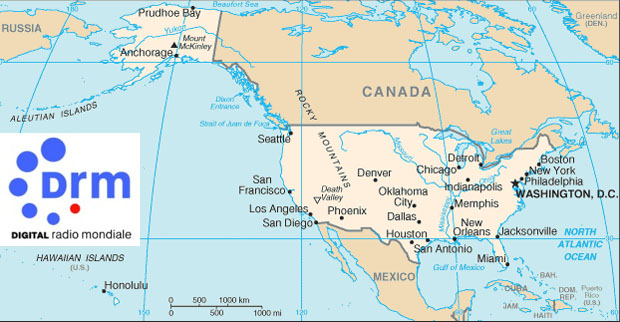 Due the crowded nature of the existing bands, it has been hard to introduce new digital radio formats.

DRM or Digital Radio Mondiale is a digital format designed to replace existing AM transmissions with clearer audio and with just 20% of the power. DRM+ is the format for VHF.

WRNJ Radio co-owner Larry Tighe has now filed a petition for rulemaking with the FCC, asking that the 45 MHz to 50 MHz band on the VHF spectrum be reallocated for DRM+ transmissions.

In a statement, Tighe said... “The 45–50 MHz band was allocated to two-way radio users in business and government, who have since migrated to higher bandwidths where they can use handsets with smaller antennas. As a result, this spectrum is extremely quiet right now. WRNJ monitored this bandwidth for an extended period of time, and heard very few distant signals.”

“There were 660 TV stations between Channels 2 and 7 before the transition to UHF for HDTV. There are now only approximately 60 TV stations in the USA on those old VHF channels. There is plenty of spectrum to share with a new service, i.e., DRM+ or any modulation, if the FCC really wanted to move AMs.”

Even though the DRM standard has been around for over a decade, it is only recently that it has begun to make serious inroads to the broadcasting scene with India, China and Russia showing an interest. One of the current problems is the high cost of DRM receivers which is prohibitive to consumers in developing countries.

Obviously if the USA opted for a new DRM+ allocation, it would give the format a huge boost. If it turned out to be the 45 to 50 MHz allocation then it raises the possibility of long distance reception by means of Sporadic-E during the summer months or via F2 propagation around the peak of the sunspot cycle.

More info in the links below.

I also receive Radio World and always find interesting articles that I wouldn't have likely found elsewhere. A fine publication to keep abreast of new advancements.
I'm curious to see what the general response will be to the FCC petition to expand for DMR.