There are several areas around the world where there are some amazing propagation paths on VHF due to ducts forming over the ocean. One of these seems to happen occasionally in the South Atlantic off the coast of South Africa. 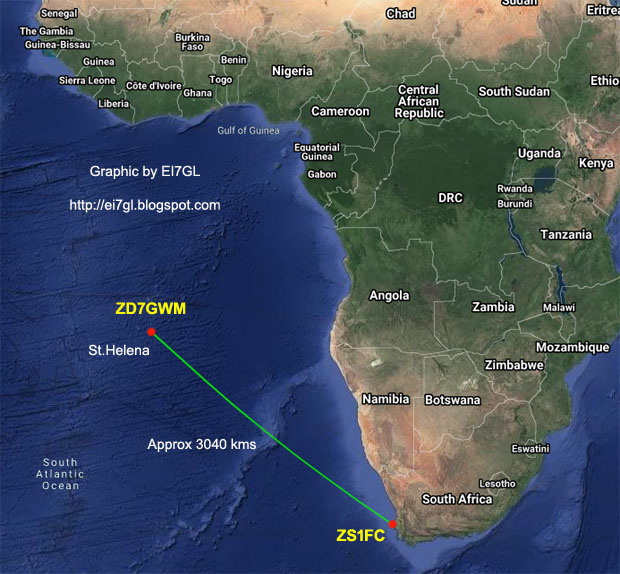 On the 4th of June 2020, there was a successful FT8 contact on 144 MHz between ZS1FC near Cape Town in South Africa and ZD7GWM on St.Helena.

The distance was in the region of 3,040 kms which about the same distance as from Ireland to Newfoundland across the North Atlantic.

Back in November of 2018, ZD7GWM managed to work some ZS3 stations who were further north on the coast and the distance was about 2,700 kms. This new contact with ZS1FC is about 300 kms further.
Posted by John, EI7GL at Sunday, July 12, 2020