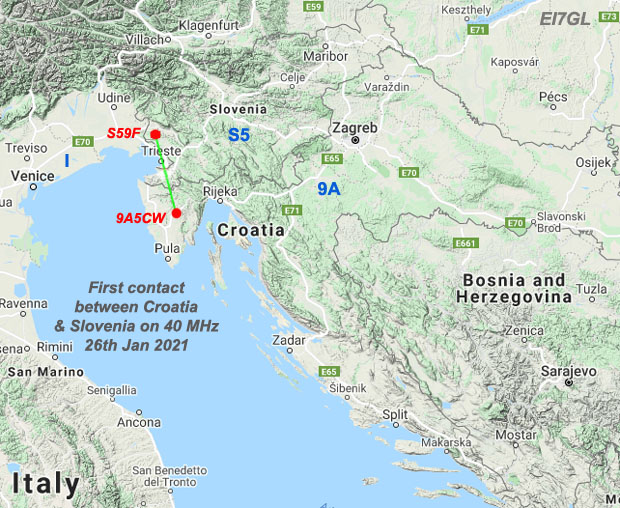 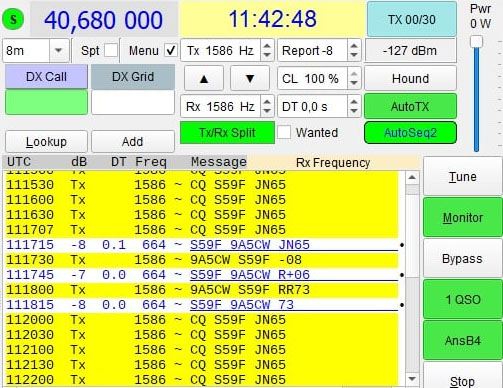 The screenshot above from S59F shows the FT8 contact with the signal from 9A5CW being in the region of -7dB to -8dB. This suggests that while the signal levels were too weak for say a SSB voice contact, a marginal CW or a solid FT8 contact was possible.

The contact took place on 40.680 MHz which is in the centre of the 40 MHz ISM band (Industrial, Scientific, Medical).

9A5CW also conducted tests over a 70km path with S50B using the JT9 digital mode. While S50B heard a -22dB signal, there was no contact in this case.