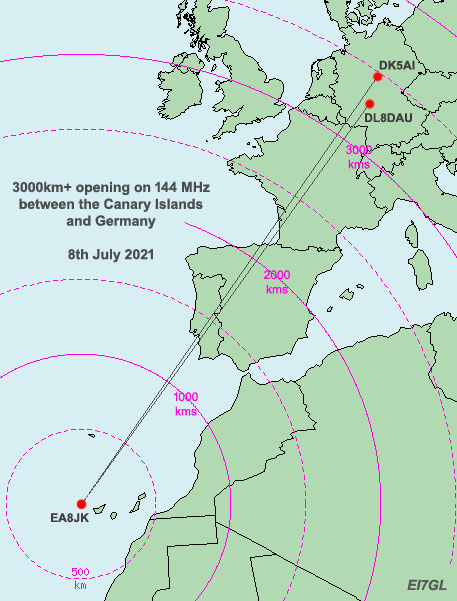 On the 8th of July 2021, there was another example of a 3000km+ path on 144 MHz between the Canary Islands and Germany. As can be seen from the map above and the DX Cluster spots below, both DK5AI and DL8DAU in German managed to complete a digital FT8 contact with EA8JK. 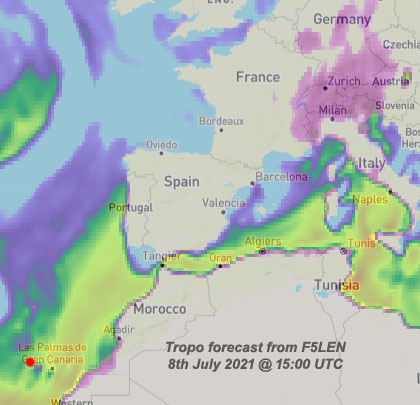 It's likely that this tropo duct accounted for 1000-1300kms of the total path. The rest was due to a short Sporadic-E opening from Germany which coupled into the NE end of the duct.
There is also the possibility that it was double hop Sporadic-E but the probability of this is a lot lower than a combined tropo/Sp-E path.
More examples of 3000km+ openings can be seen on my 144 MHz page.
Posted by John, EI7GL at Tuesday, July 13, 2021