Regular visitors to the blog will know that I try to promote more interest in the low-VHF part of the spectrum by having a dedicated page related to the new 40 MHz / 8 metre band. If I come across anything of interest that might be related to the band then I post it here on the blog and link to it from the 40 MHz page.

The Clansman is an ex-British army radio that can operate on FM on the low VHF spectrum from 30 to 76 MHz. As such, it is one of the few radios available on the second hand market that can operate at 40 MHz, 50 MHz, 60 MHz or 70 MHz. 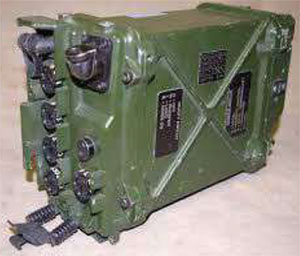 This radio is also capable of being mounted on a vehicle in conjunction with the TUAAM (Tuning Unit Automatic Antenna Matching). The PRC 352 is identical, with the addition of a 20 watt RF amplifier and can be used as a ground station also.

The Clansman RT-351 / VRC-351 Back-Pack 4 Watt portable VHF (FM) Radio was made by RACAL BCC Ltd. in England. The PRC-351 was designed to provide command communications at battalion and company level for dismounted troops. It was also used in vehicles by mounted troops. The PRC-351 replaced the older A41 and A42 British VHF radios.

The frequency Range 30 to 76.000 MHz in 25 Khz steps giving a total of 1841 programmable channels. The desired frequency is set by four knobs on the side of the radio which can be operated even while the operator is wearing Arctic mittens, or in the dark by counting clicks from the end-stops.

A Whisper mode is provided for use when quiet conditions are essential. In this mode the receiver's audio output volume is reduced and the microphone sensitivity is increased. A Loud mode is also provided for operation in noisy environments as well as a Noise-On switch position which allows the radio to operate with the squelch in the off mode. Local Squelch facility is by either 150 Hz tone modulation of radiated signal, or by 160 Hz superimposed on receive signal. Auto-Rebroadcast operates on 150Hz Modulated receive signal. One can modify the set to work on normal squelch and remove the Modulated tone. 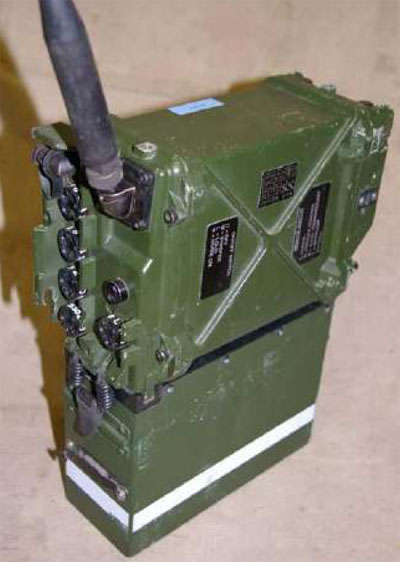 The Clansman system is powered by a 24 volt battery which clips onto the transceiver as shown above. 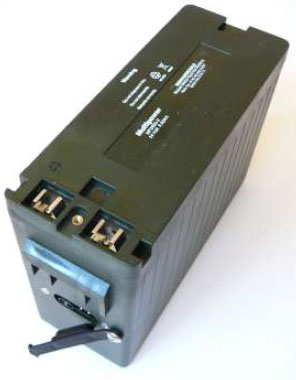 The radio can be capable of transmitting to much greater distances by adding an external clip on 20 Watt RF amplifier. In this configuration the radio would effectively become a Clansman PRC-352. 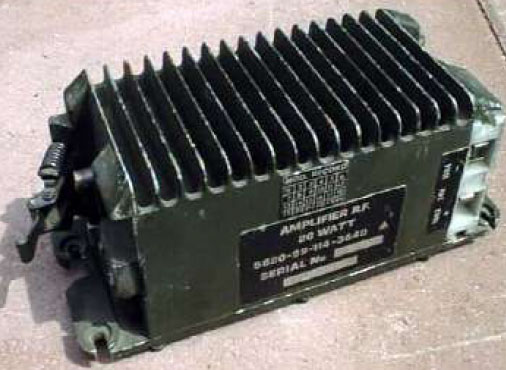 An additional Selective RF unit (SURF) can be added to tune the whip antenna to make it more efficient. 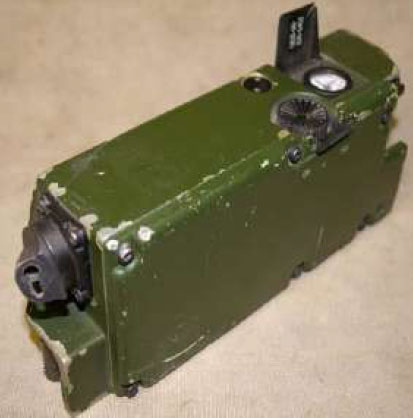 The 1.2 metre antenna is collapsible and can be fitted to either the PRC-351 unit or to the SURF unit. 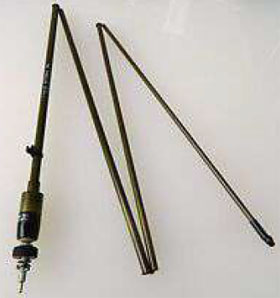 Other accessories include a hand cranked generator for charging the battery. 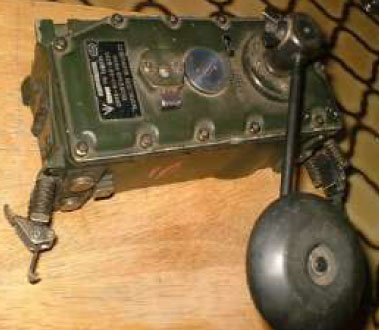 The set can be operated with a handset as shown below.

Alternatively the set can be operated with a headset and boom microphone. 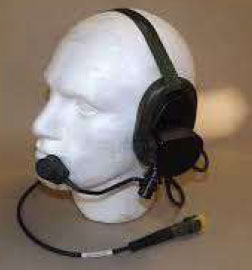 Once all of the units are clipped together they can be bolted to a frame for carrying on the back as shown... 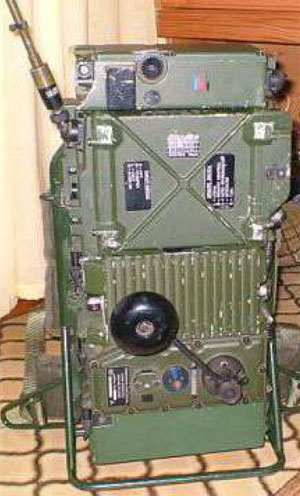 It had been noted that the signalman was generally “cannon fodder” as he was the platoon’s method of communicating and coordinating with other units so a webbing type of camouflaged back pack was developed instead of the carrying rack. This effectively disguised the radio system making him less of a primary target.

Where is this Going?

In June 2016 ComReg published its final Radio Spectrum Management Strategy 2016-2018 and indicated its intention to grant some additional spectrum to the amateur service. This has now been done and is in line with some of the requests made in the Society’s submission.

The 70 MHz band had been extended to 69.9 MHz to 70.5 MHz. This is an increase of 275kHz over the existing band of 70.125 to 70.450 MHz and is the full band that may be allocated to the amateur service under the European Common Allocations table. Further spectrum covering all modes including digimodes has been granted on a secondary basis at 30 to 49 MHz and 54 to 69.9 MHz.

The latter band also includes digital television in addition to all other modes. These new frequency bands are listed among the bands available generally to radio amateurs in Annex 1 of a recently revised version of the Amateur Station Licence Guidelines document ComReg 09/45 R4 which is available on the ComReg website.

The new bands in the 40 MHz and 60 MHz regions will, among other things, facilitate modern type beacons in the region of these frequencies as well as moving the existing 70MHz beacon on 70.130 MHz to the section of the band designated for beacons.

See the table below……. 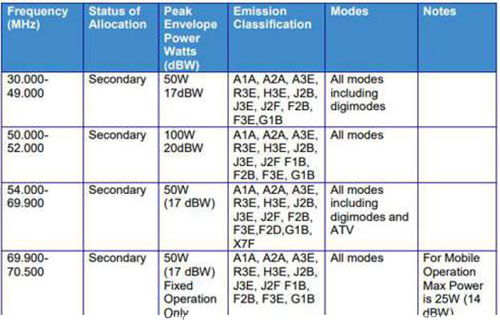 Galway operators, including Steve EI5DD, Andrew EI3FEB, and Arthur EI7GMB were ahead of themselves when they originally purchased the equipment described primarily for 4 metre and 6 metre operation. Little were they to realise that ComReg was going to release this additional spectrum from 30-50MHz to the amateur fraternity.

4 metres had been tested on portable/mobile operations in Connemara and gave much better range than 2 metres along with surprising results when shielded by hilly terrain. 6 Metres on FM proved quite interesting but was not quite as effective as the 4 metre band in most instances.

Cavorting around the country side with this type of kit strapped on the back was obviously going to raise an eyebrow, fortunately the disguised backpack proved less of an eyecatcher.

The equipment was sensitive and lasted well on the supplied batteries. The addition of the 20 watt linear amp unit made all the difference. The equipment could also be operated into standard amateur radio antennas with a BNC to whatever adapter. Such kit can vary in price from £180 - £280 (€210 - €330) depending on condition.
Posted by John, EI7GL at Friday, November 22, 2019

The Clansman PRC 349 is currently very inexpensive in the UK on auction sites. It is portable (Sort of) FM in 25 kHz steps covering the 40 MHz bandplan. It takes a bespoke battery cartridge but you can easily dummy up a connector for 12 volts. The antenna is a whip screwed into the mount, and the headset is a standard Clansman type, for which the pinout of the socket is readily available.

I forgot to write on another 8m comment that SINCCARS operates from 30-88 MHz (going from memory) but is a frequency hopping transceiver. This is likely why those newer radios (and other military radios of a newer generation than these) are not allowed to be "de-milled" and we never see them in surplus (that is, anything newer than Vietnam or so).