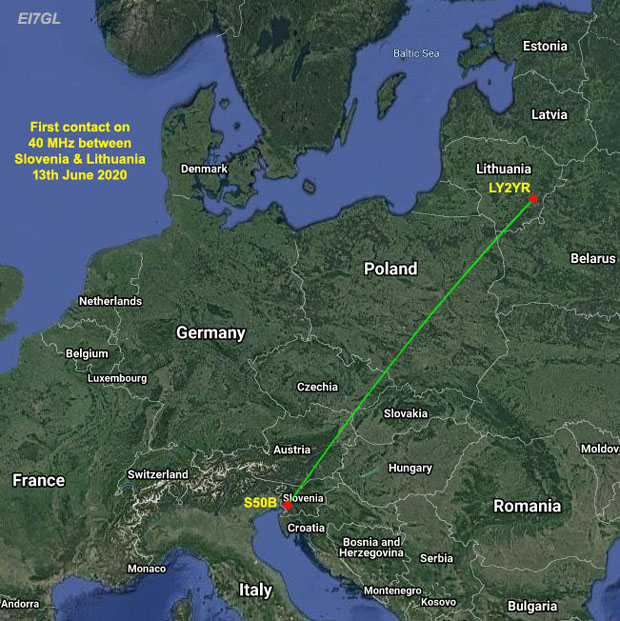 At the end of April 2020, LY2YR in Lithuania made a contact with EI4GNB in Ireland for the first LY-EI QSO on the new 40 MHz amateur band.

Gintas, LY2YR achieved another first for the 8-metre band when he worked Borut, S50B in Slovenia on the 13th of June 2020 using the FT8, FT4 and CW modes. The frequency used was 40.680 MHz which is in the middle of the ISM (Industrial, Scientific, Medical) band.

Even though the ISM band of 40.660 MHz to 40.700 MHz has been allocated for beacons in Slovenia since 1998, it was only this year that the licencing authority there clarified that radio amateurs could make contacts as well.

The contact between LY2YR and S50B was approximately 1270 kms and the propagation mode was Sporadic-E. Even though the distance is pretty normal for Sporadic-E, there were some difficulties due to some 1000-metre high mountains just a few kms from S50B's location. Both stations had to wait until the Sporadic-E was strong enough to overcome the path loss. 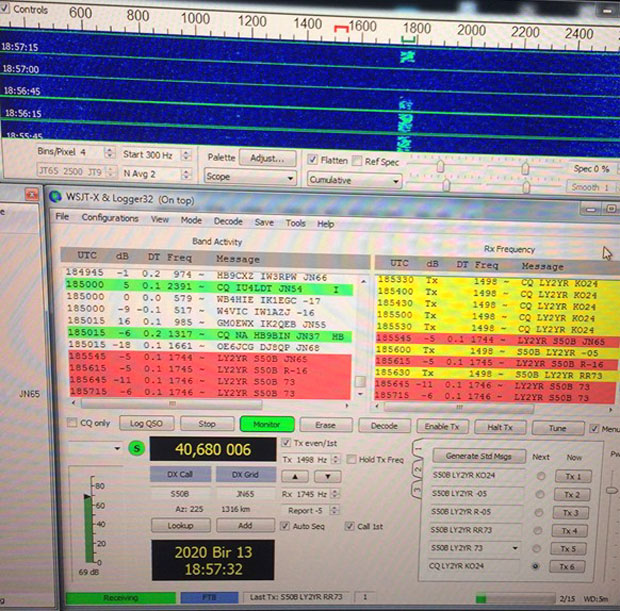 For the first Lithuania to Slovenia 8-metre contact, LY2YR was using a YAESU FT-200 and a Hexbeam for 28 MHz/50 MHz.

S50B is now looking to make the first 40 MHz contact with Ireland.