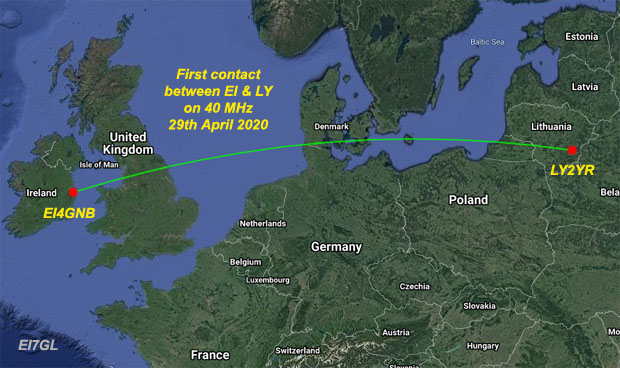 On Wednesday the 29th of April 2020, EI4GNB in Ireland managed to complete a digital  FT8 contact with LY2YR on 40.220 MHz on the new 8-metre band. Not only was this an EI-LY first but it was also the very first contact made between any two countries on the band.

EI4GNB was located in IO63WE while LY3YR was in KO24OS. The distance was approximately 2,039 kms and the mode of propagation was Sporadic-E.

Tim - EI4GNB was using a YAESU FT 857D with about 30 watts through a low pass filter for 8-metres. The antenna was a 2-element Quad about 8 metres above ground level.

EI4GNB reports that there was quite an amount of fading on the signals and they were just able to complete the contact on FT8. 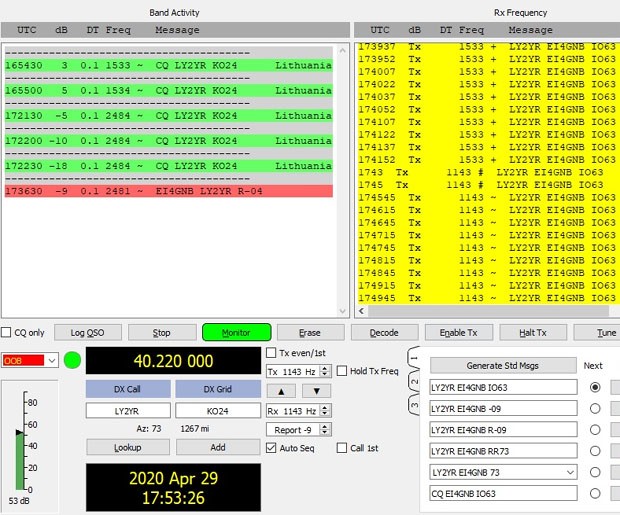 Another screen shot below... 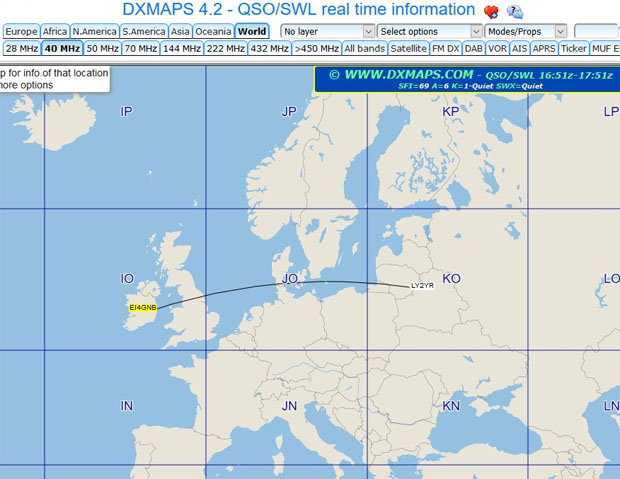 It should be noted that while Lithuania does not have an official allocation at 40 MHz, the licensing authorities in the country kindly gave LY2YR special permission to carry out experiments on 40.220 MHz and 40.680 MHz.

This is a model that could perhaps be copied by other interested radio amateurs in other countries. It may be a lot easier to get special permission to use spot frequencies for a limited period of time rather than a general allocation.

It is hoped that there will be activity from Slovenia very soon and hopefully this will generate more interest in this VHF band.