There was an extensive Sporadic-E opening across Europe on Monday the 18th of May 2020 with strong signals being reported on all the VHF bands from 28 MHz to 70 MHz. This is a report on some of the activity on the new 40 MHz band. 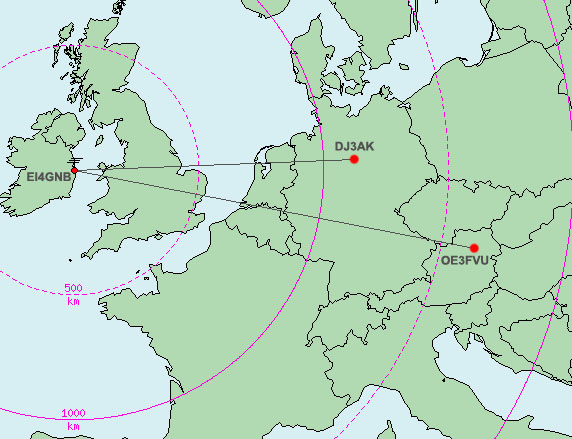 The distances were roughly 1200 kms and 1700 kms respectively. Tim was also busy making more crossband contacts from the 60 MHz band, I'll put that in a separate report. 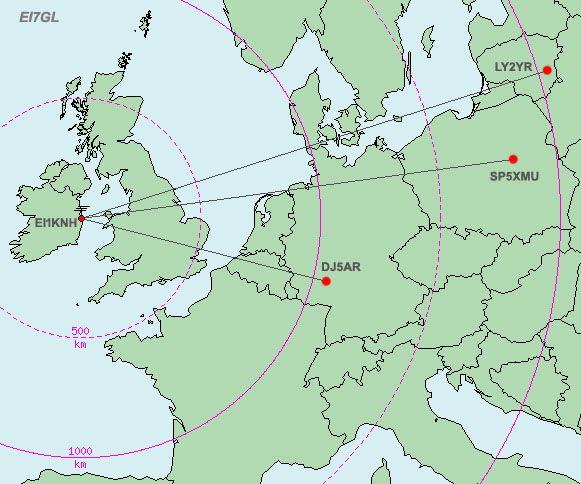 a) Gintas LY2YR (KO24OS) managed to get four successful decodes of the beacon using the PI4 software.

The signal was quite weak at -19dB to -20dB which is understandable considering the distance is over 2,000kms.

b) Andreas DJ5AR in Germany got six successful PI4 decodes  with the signal going from =1dB to -12 dB.

c) Tom SP5MXU in Poland also reports reception of the beacon with an ICOM IC7300 and a 5 element beam for 50 MHz... 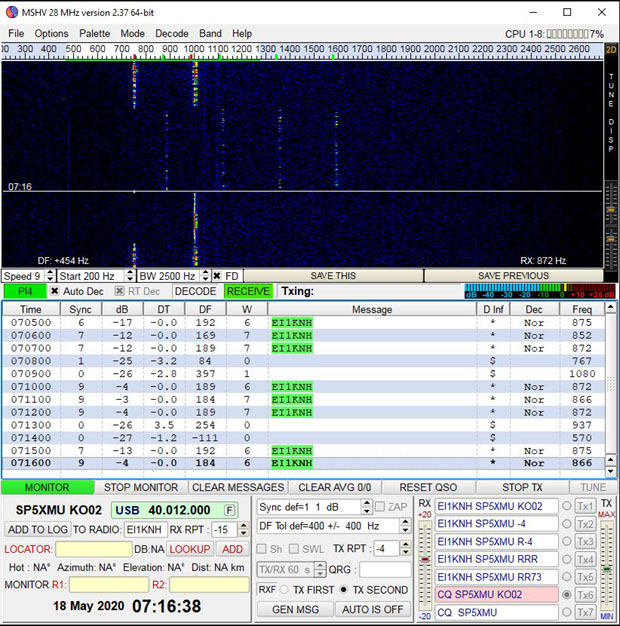 This short video clip shows reception of the EI1KNH beacon in Poland... 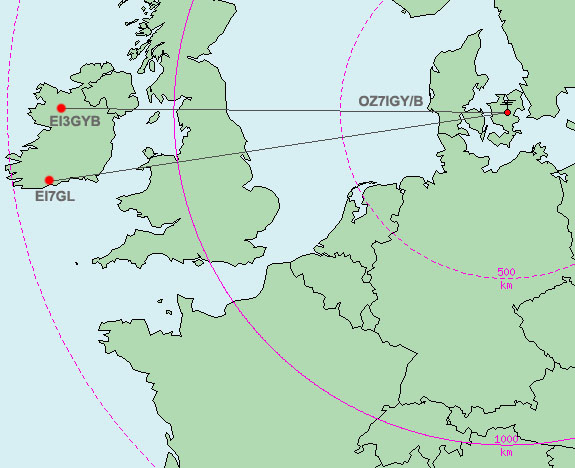 3) Danish 40 MHz OZ7IGY Beacon - There were two reports of the beacon on the DX Cluster.

There may have been more openings of course but this is what I heard.