Update on the 70 MHz Gateway in Galway... 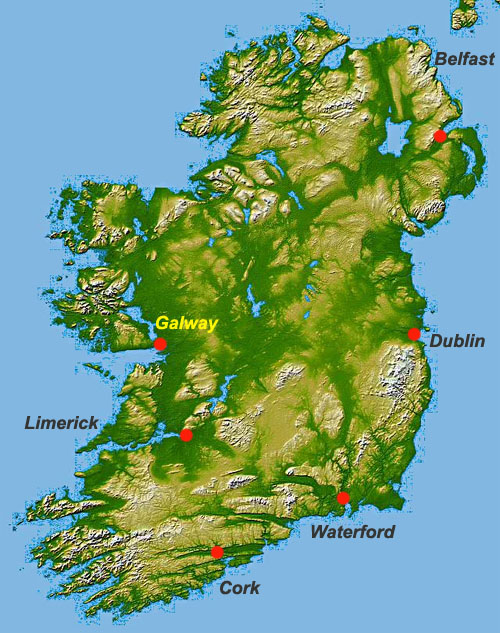 The IRTS recently had a news item about a 4-metre gateway in Galway in the west of Ireland.

Galway Analogue 4 Metre Gateway - Following the competition of phase one of the Galway Digital Repeater programme, attention now turns to analogue. The EI4GCG Analogue 4 metre Gateway operating on 70.425MHz, with CTCSS tones of 77Hz to access, is scheduled for bench testing in the next 2 weeks. The Echolink node number for this Gateway is 5422 and the Call sign is EI4GCG-L. The gateway will also be running Allstar and the Allstar node number is 52469. This project was sadly neglected over the years due to lack of interest. It is hoped that this might just put some activity on a band that sees little interest in the Galway area. This will not be linked into any digital system - analogue stays analogue and digital remains digital.

As the topographic map above shows, the city of Galway is screened to the south and south-west by various mountains. It's likely that coverage of the new 4-metre gateway will be mainly to Galway city and perhaps in as far as the midlands.