In April of 2015, radio amateurs in South Africa were allocated a 10 kHz wide sliver of spectrum in the new 40 MHz (8-metre) band. The allocation goes from 40.475 MHz to 40.685 MHz which is in the middle of the 40 MHz ISM (Industrial, Scientific & Medical) band. They were also allowed a very generous output power level of 26dBW or 400 watts. 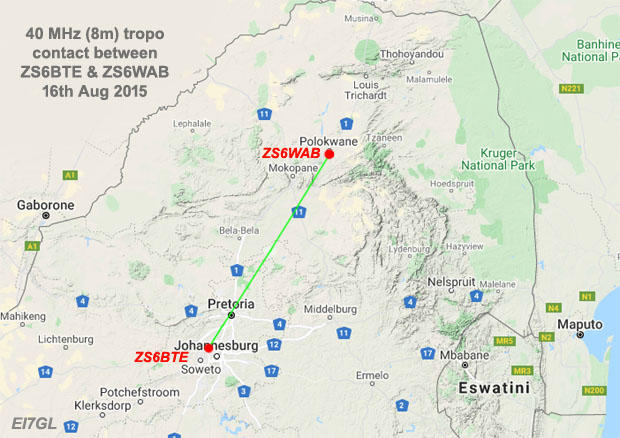 “In his telephone conversation Willem Badenhorst, ZS6WAB, informed us about the first-ever ZS to ZS contact on 40,675 MHz. It was made on Sunday 16 August 2015 between Ian Roberts, ZS6BTE, at Johannesburg and Willem at Polokwame using FSK441 and covering 288 km. ZS6WAB is equipped with a 3 element Yagi and 100 Watts. They are both looking for other ZS contacts.“ 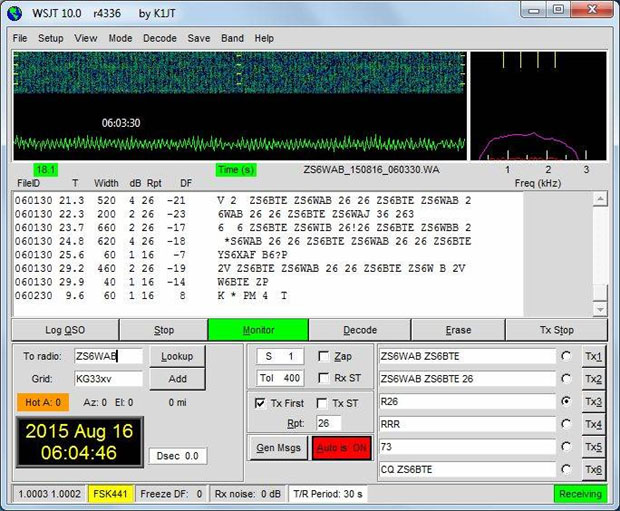 ZS6BTE was using 100 watts from an ICOM IC-746 into a 3-element Yagi on a 6m pole. It is believed that the propagation mode was troposcatter. 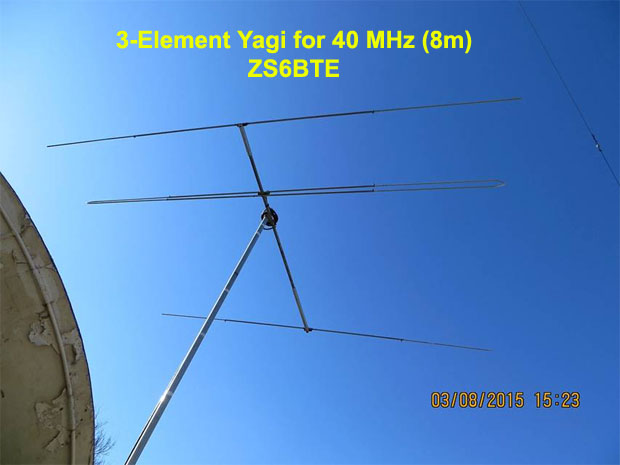 An attempt was made to make a contact on SSB but this was unsuccessful. 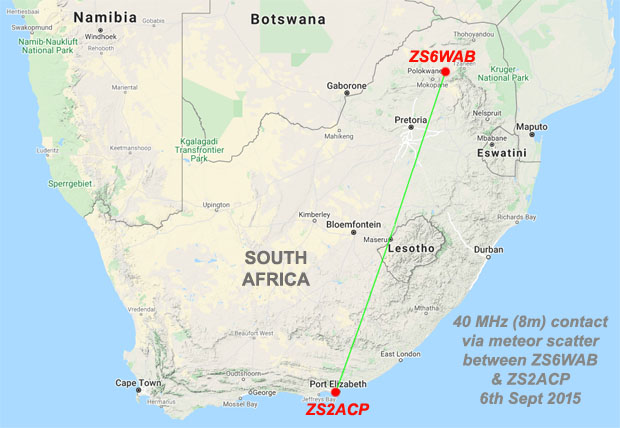 The distance for the meteor scatter contact was 1184 kms.

Back in 2015, South Africa was the first country to allow radio amateurs to communicate on the 40 MHz band. While there was permission for beacons in the UK, Denmark and Slovenia, there was no permission for individuals to transmit.

In 2018, radio amateurs in Ireland were given permission to transmit on 40 MHz and this has sparked a lot of new interest in the band in Europe.

Hopefully in the years ahead as the sunspot numbers improve, successful contacts will be made between Europe and South Africa.