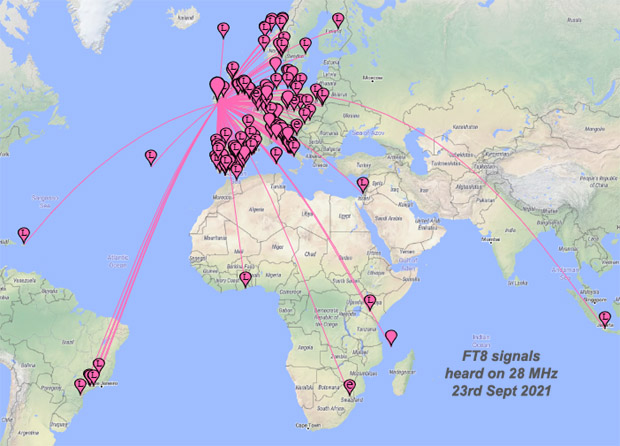 Thursday 23rd September 2021: There was a reasonably extensive opening on the 28 MHz band with FT8 signals heard from Indonesia to South Africa to Puerto Rico. There have been hints of various openings in the last week or so but this is the first time this season that it has been so extensive.

A total of 139 stations were heard with a combination of some Sporadic-E from around Europe and F2 propagation further afield.

The most unusual signal was D60AC on the Comoros Islands in the Indian Ocean.

Email ThisBlogThis!Share to TwitterShare to FacebookShare to Pinterest
Labels: 28 MHz