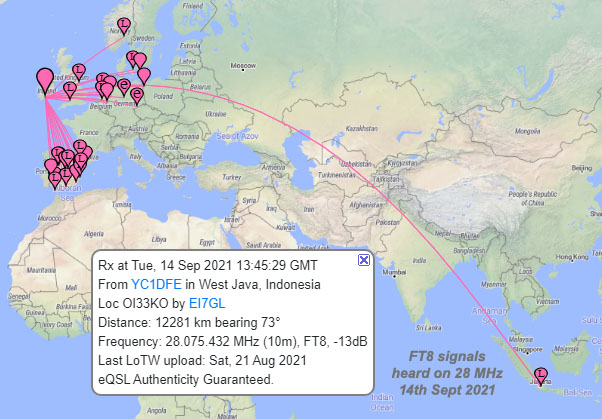 Tuesday the 14th of September 2021 was reasonably quiet on 28 MHz but one single station from Indonesia did manage to get through. It's likely that it was due to a weak Sporadic-E opening from my location to the north of Germany and from there by F2 propagation to Indonesia.

There was also a weak Sporadic-E opening to Spain later in the day. A total of 28 stations were heard on FT8. The solar flux was at 83 on the day.