The Polish contest group SN7L were active for the recent IARU 144 MHz contest and it was interesting to see what they worked as it shows the potential of the 2m band.

The SN7L team were using 4 Yagi antenna system on the summit of a 1603m mountain in the south-west of Poland. Over the 24 hours of the contest, they managed to complete an impressive 1365 contacts with stations across Europe in 135 locator squares and 30 DXCC countries. 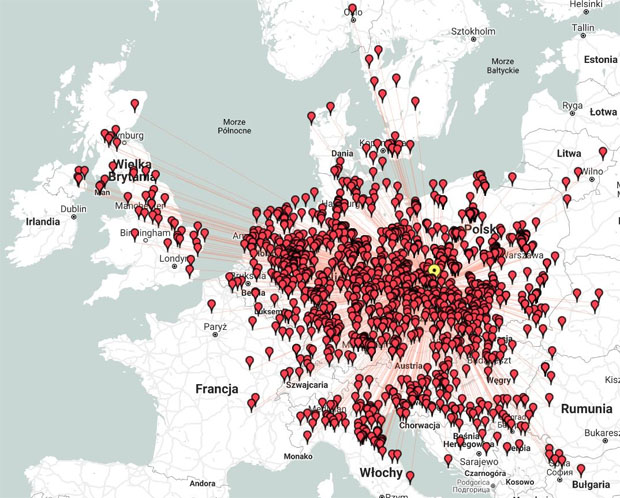 Some of the longest distance contacts were to Ireland, Scotland & the Isle of Man with distances in excess of 1500kms being recorded. 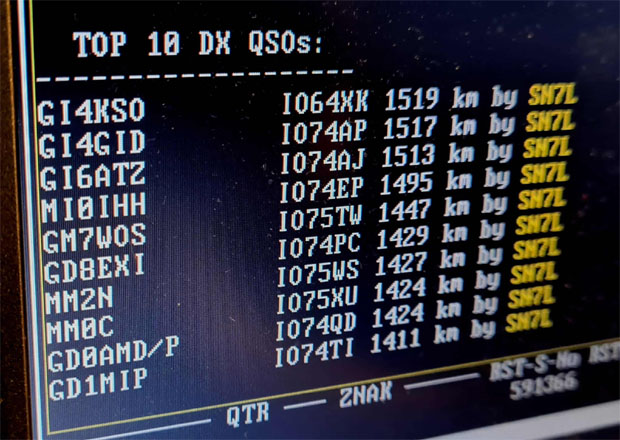 How often do we see articles for beginners which tell them that VHF is more or less 'line of sight'?

The reality is that the VHF bands have a lot of potential if people are prepared to put in the time and effort to exploit them.

I wonder if any of the contacts were on SSB ?
Nice to be able to operate from an elevated site like that .Probably much more settled weather conditions there compared to mountain sites here .
EI5CD

I haven’t seen their LOG this year, but you can find last year here!

It is almost certain that in 2021 the SSB/CW ratio will be the same. Practical 'no' CW QSO! The mountains are in a place with very extreme weather, the meteorological station there had to be closed at the same time because it was damaged by ice and wind. Of course, it is not comparable to the Scottish mountains. :-)

The contest report by SN7L ist out now. You will find audio clips of all 900+ km QSO at the end of the report.

Congrats to SN7L for winning the contest and there extraordinary performance. Fascinating!

In case you are interested in another extraordinary event during a VHF-UHF contest: there has been a superb tropo opening during the contest of July 2013.