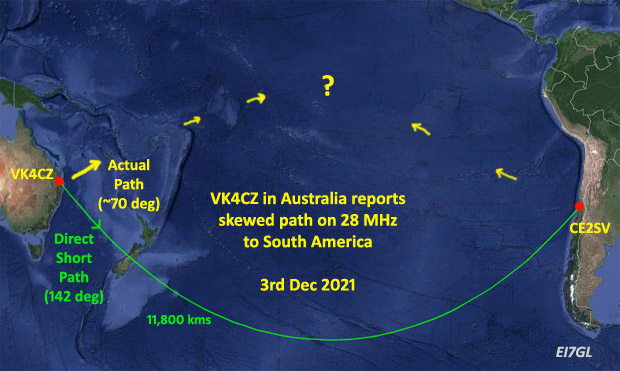 The image above shows what happened. The direct and shortest path from VK4CZ to CE2SV is 11,800kms and is shown in Green. The beam heading from eastern Australia is 142 degrees.

Scott mentions that the skewed path opening was from 21:00 - 22:00 UTC and I believe at that time period, the sun was directly over the centre of the Pacific. 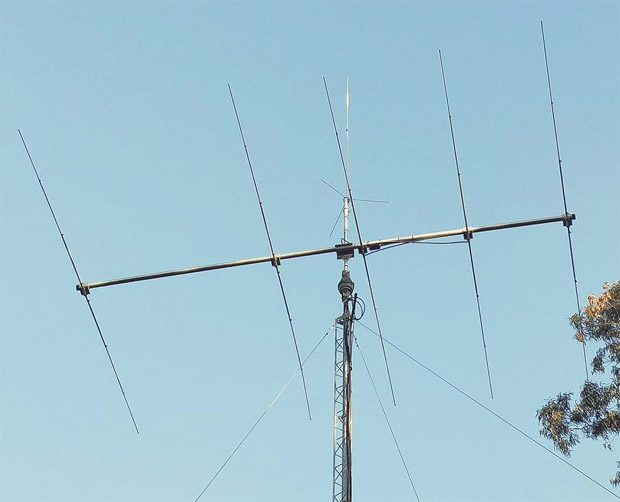 Scott, VK4CZ writes... "It's been amazing to see the scatter path to South America out of the North Pacific available again on 10m yesterday and again this morning. This path was a consistent feature through the peak of last cycle, and with digital modes it's becoming available now!

Worked/seen this morning were HK (Columbia), LU (Argentina) and CE (Chile) all peaking at a QTF of 70. Direct QTF for CE 145... so well off a direct path.

It's an interesting propagation mode that I regularly observe across the Pacific. As I understand, it's trans-equatorial scatter.

The same path should be available to Africa in the afternoon/evenings from here.
The likelihood of it also being available at 50MHz is high.... we'll just need the cycle to progress towards the peak to be sure.
A couple of cycles back, I heard Peter PY5CC in Brazil on 6m CW using the same path (albeit late afternoon when TEP peaked to KH6 / Hawaii)."

Analysis... This is my understanding of what happened and I'm open to correction. Directly under the sun near the equator, the solar radiation is at it's highest and the F layer of the ionosphere is highly ionized with a high maximum usable frequency (MUF).

This is usually split into two zones of high electron density either side of the geomagnetic equator but in December, the southern one is much larger. 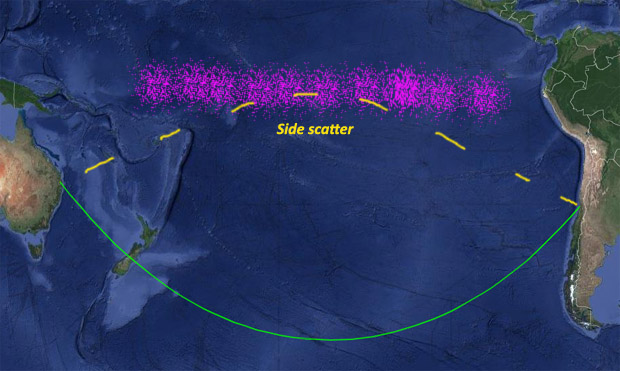 The above graphic is a bit rough but you can get the general idea of the signal hitting the F layer from the side.

Skewed paths are a fascinating subject and are allow serious DXers and contesters to exploit paths when the direct path isn't possible. This is especially true on the higher HF bands like 28 MHz where the shortest east-west paths are often closed.

I suspect these skewed paths happen a lot more often than we realise especially now that so many people are using weak signal modes like FT8.