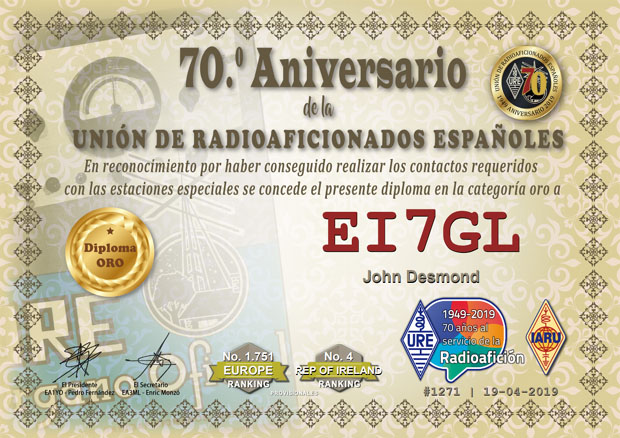 On April 1st 2019, the national society for radio amateurs in Spain (URE - Unión de Radioaficionados Españoles) celebrated its 70th anniversary. To commemorate this event, the URE,  is promoting an award scheme with 14 special event stations on the air from April 1 to June 9, 2019  using the special AM70 prefix.

I had read about this award scheme some weeks back but I didn't give it much attention. Then Jim, EI8GS was telling me about it on the local VHF net last Tuesday evening and how he was working them on SSB and FT8. After that. I could feel I was on a slippery slope :o)

I've been working the stations on CW on 80m, 40m, 30m and 20m over the last few days and the Gold award is shown above. It has been fun working them on the lower bands and checking through my logbook, I noticed that I haven't really used the bands below 28 MHz since April 2017 except for the occasional Irish contest.

It has also been interesting to see how the propagation path between Ireland and Spain (1000-1500kms) gets very difficult above 14 MHz. The Sporadic-E season should help out with the higher bands over the next few weeks. 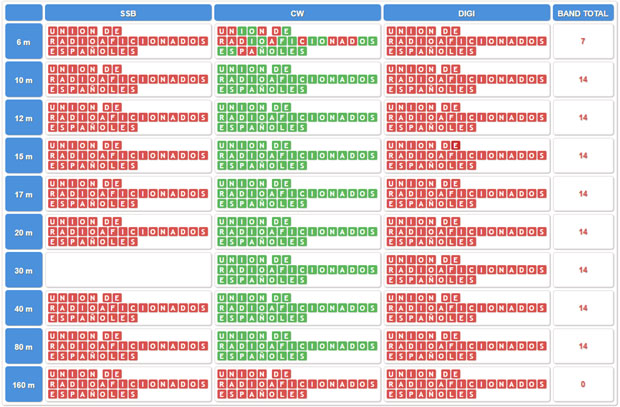 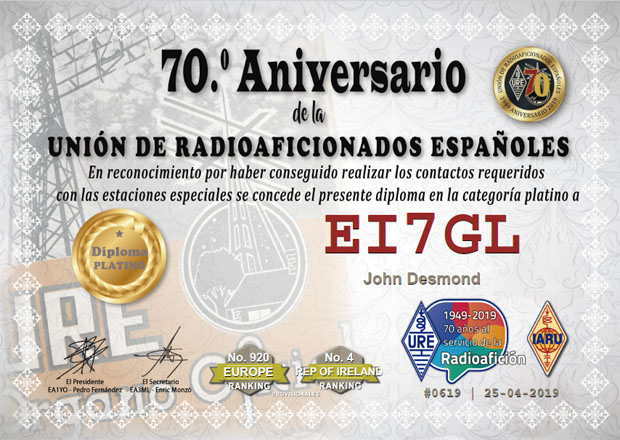