On Saturday the 28th of December 2019, Ian GM3SEK in the south-west of Scotland managed to work D41CV on 432 MHz to set a new world record for tropo on the band. The distance for this FT8 contact was an amazing 4,562 kms.

Considering the fact that it was on the 70cms band and that  the south-west coast of Scotland was one of the longest sea paths to Cape Verde Islands, it seemed as this might be a long term record.

It wasn't to be however as just a few days later on Wednesday the 1st of January 2020, Nick G4KUX in the county of Durham in the north of England managed to work D41CV also on FT8 on 432 MHz to push the record out a further 80kms or so to 4,644kms. 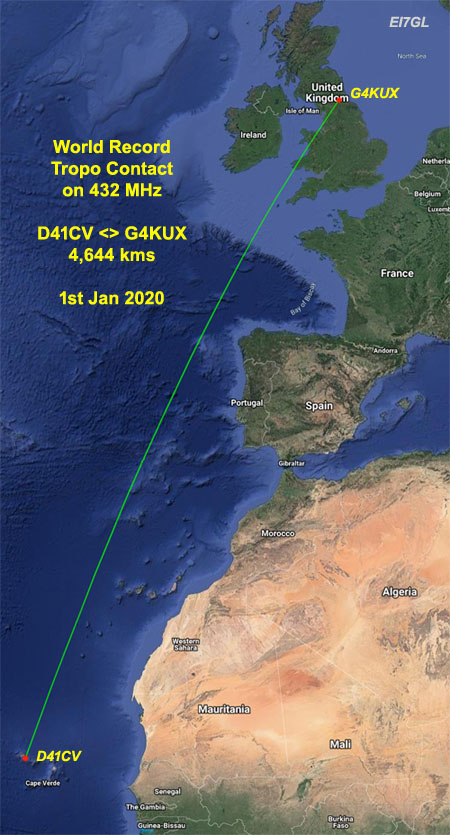 This is the screenshot of G4KUX having an FT8 contact with D41CV on 432 MHz. 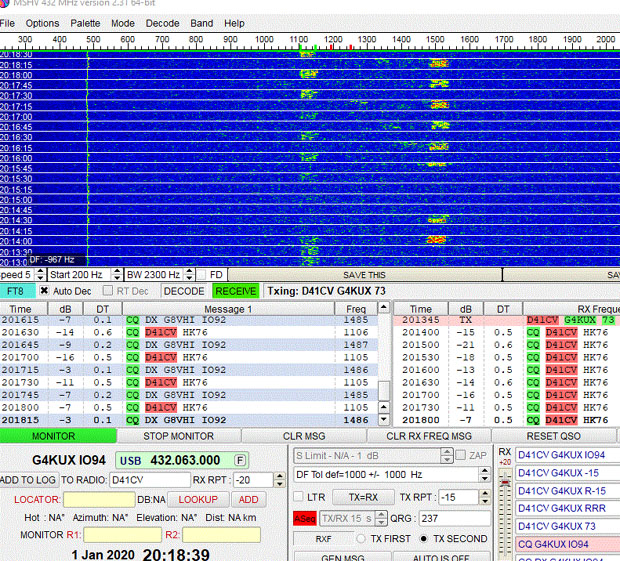 Nick, G4KUX lives in an elevated location to the west of Bishop Auckland in County Durham in the north of England. His location is about 360 metres above sea level and he has a good take off for radio in all directions.

For the record breaking contact with D41CV, Nick was using 400 watts into a UHF Log-Periodic antenna as shown in the photo below. The suprising thing about this is that the gain of the Log-Periodic would be pretty modest and is probably no better than say a 3 or 4 element Yagi. 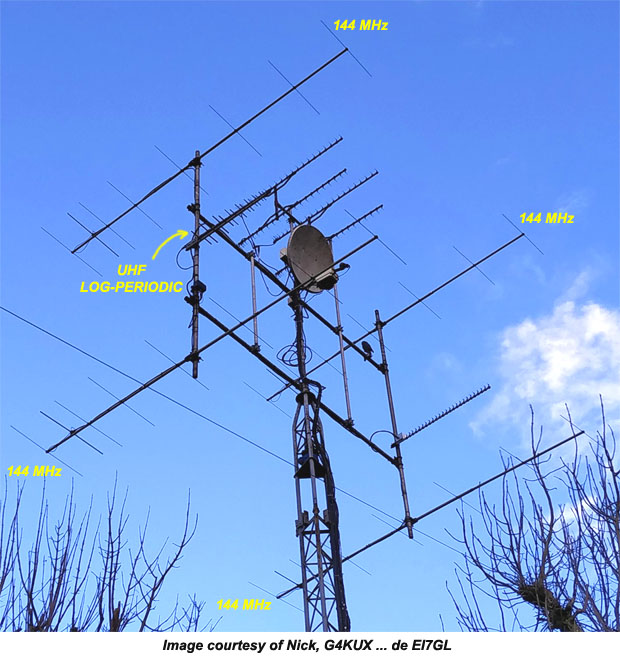 The gain of the Log is probably at least 10dB lower that say a box of four Yagi antennas like the ones Nick has for 144 MHz.

Mode of Propagation???... Looking at the path for the previous record contact on 432 MHz from Ian, GM3SEK in the SW of Scotland to D41CV on Cape Verde Islands then we can probably speculate that the mode of propagation was via a sea duct. 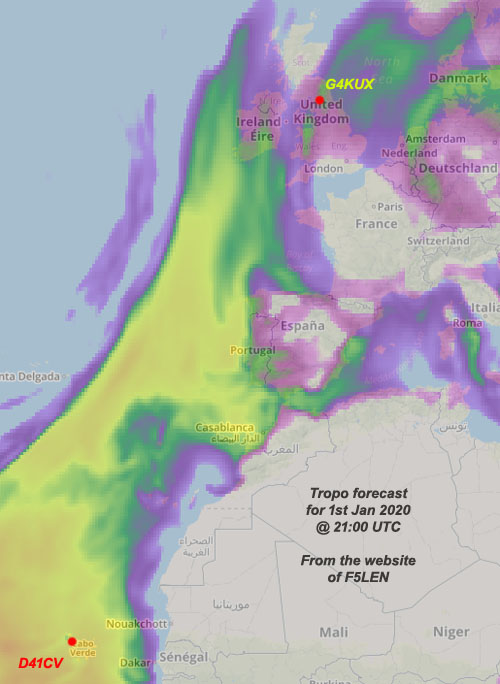 For G4KUX however, the signals had to cross over some hills and mountains in Wales and the north of England. Considering there were very good tropo conditions at the time across western Europe, it seems likely that there was an elevated duct for the most northerly part of the contact and this then coupled into a sea duct further south.

Record Limit... The map below shows the new limit of the 432 MHz tropo record. 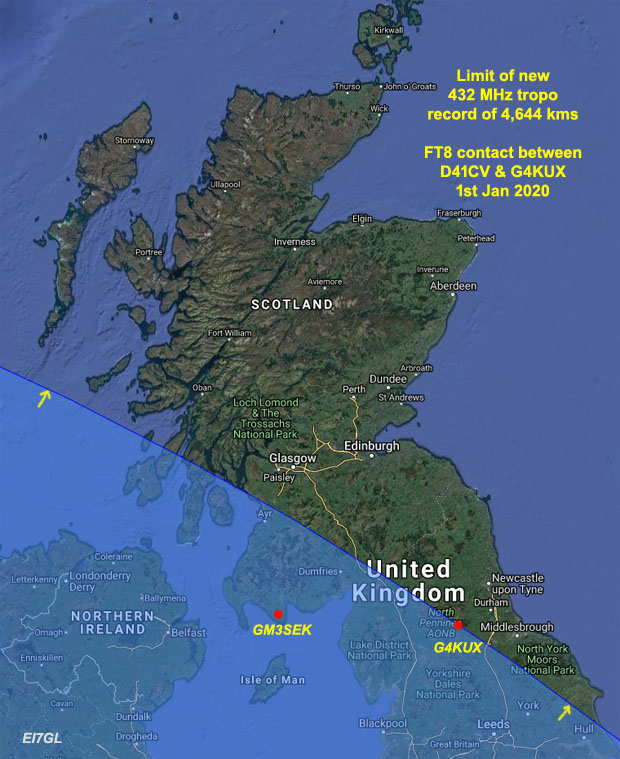 Can the record be broken? Probably. We saw in 2019 several occasions during the year when a sea duct existed between Cape Verde Islands and the British and Irish Isles. If the only mode of propagation is via sea ducting then maybe the new record will be set from the western islands of Scotland.

What we saw in the last few days at the end of 2019 and the start of 2020 was the rarer occurrence of the sea ducting happening at the same time as an extensive tropo opening with elevated ducting. This will no doubt happen again but maybe not so often.

G4KUX contacts... This is a list of some contacts G4KUX made around the same time on FT8 on 432 MHz.

As you can see, Nick was able to work into France, Belgium, Poland, Germany and the Netherlands while there was high pressure and tropo ducting about.

All in all, an amazing week or so of propagation on the VHF and UHF bands.

Fantastic! It's all about being available when conditions are just right. Plenty of perseverance brings home the prize! 8-ele now arrived here, awaiting some time to put it together and mount it on some kind of pole that doesn't cost £300!