On some days, there are good openings on the VHF and UHF bands. Saturday the 28th of December 2019 was not only good, it was exceptional.

As outlined in a previous post, some record breaking signals from the Cape Verde Islands were heard in the UK and Ireland on Friday the 27th of December. On Saturday the 28th of December, those tropo conditions got even better.

Like on previous occasions, the record only lasted a few hours. At 11:09 UTC, Ian GM3SEK in the south-west of Scotland managed to work D41CV on FT8 on 432 MHz extending the record distance to an amazing 4,562 kms. GM3SEK was using 100 watts and a 23 element on 70cms.

It would seem as if this is not only a new IARU Region-1 70cms tropo record but also a new world record! 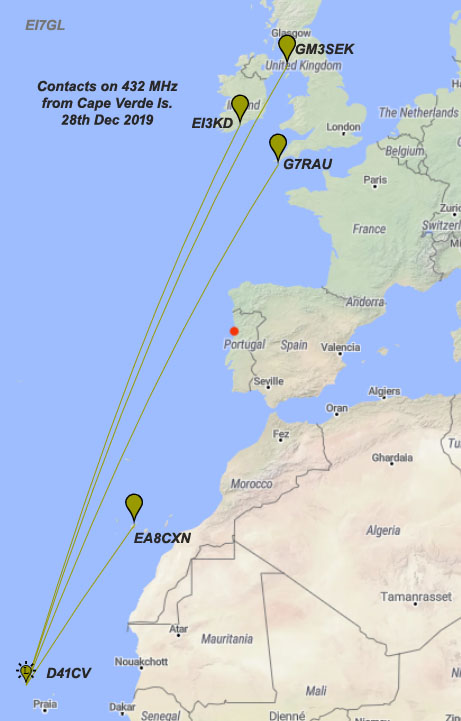 To put that into context, the red dot on the map below shows the limit of the old record of 3,284 kms which was between D44TS and CT1HBC back in July of 2014.

This is a screenshot of the FT8 contact between D41CV and GM3SEK on 432 MHz. 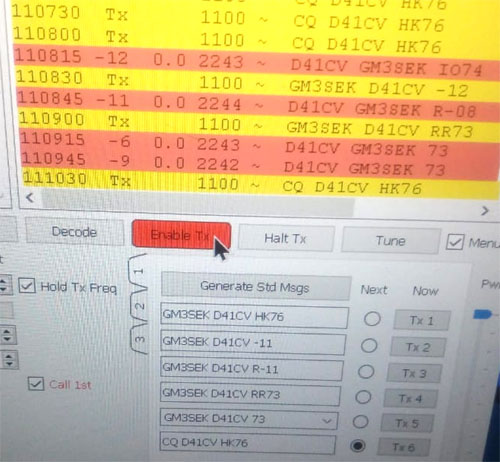 More of propagation?... The tropo prediction map from Pascal, F5LEN is shown below. The key point to note is that the path between D41CV and GM3SEK is mostly over water. 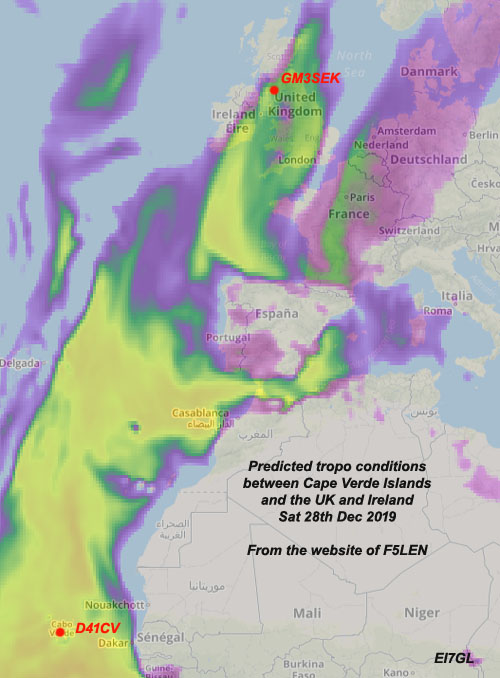 It's probably unlikely that GM3SEK would have managed the contact if it was not for the fact that he is located on the northern edge of the Irish Sea between the UK and Ireland. Like on previous occasions, the most likely mode of propagation for most of the path was marine ducting with the UHF signal getting trapped in a layer above the surface of the ocean.

New record... Can it be broken? The map below shows the how far the new record distance reaches. 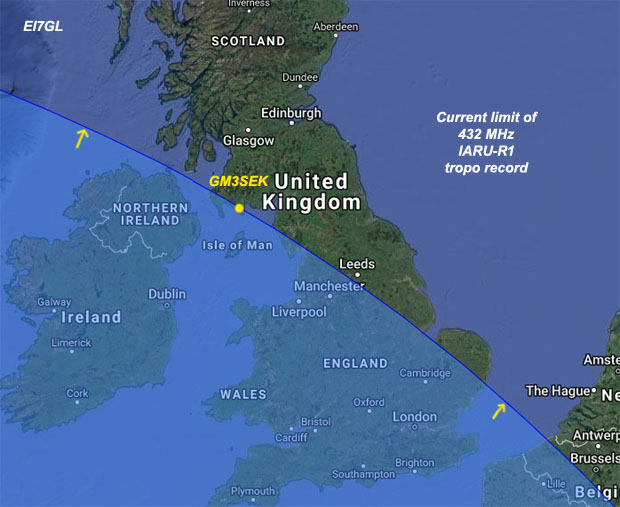 Considering that it's probably likely that a maritime path will be required, somewhere slightly further north in Scotland. Someone in the north-east of England might do it but it would require crossing a lot of the UK.

The one stand out location however is from the far western isles of Scotland.

4,562 kms.... Just how far is it? Sometimes it can be difficult to really appreciate just how far distances are, especially when the numbers get really high. I have prepared 3 maps which help illustrate just how far the new record is. And keep reminding yourself, this is 432 MHz!

If you put the transmitter on the south-west of Ireland, this is how far it would reach into North America... 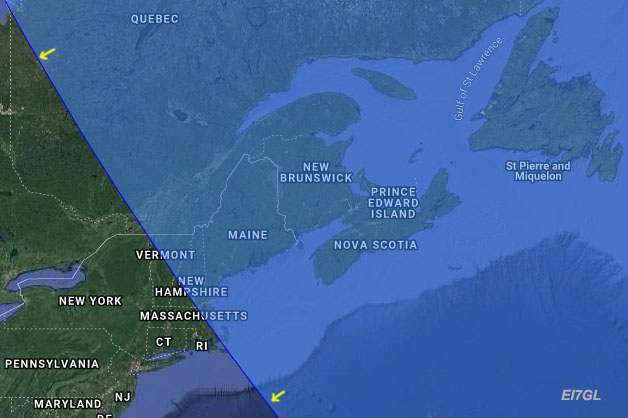 If the transmitter was at St.Johns in Newfoundland, this is how far it would reach into Europe... 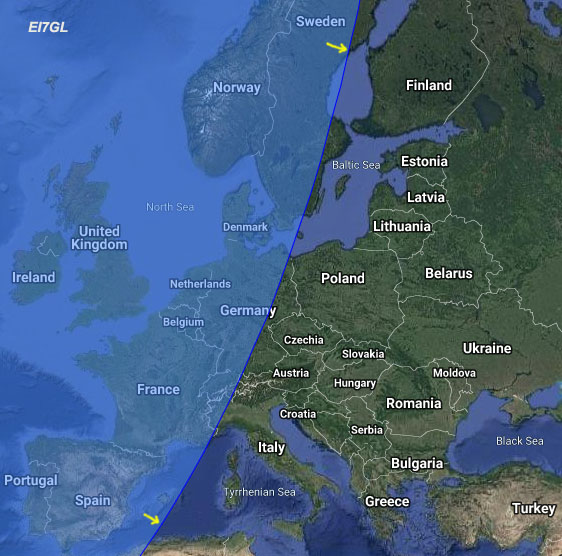 And for our Australian colleagues, this is how far the signal would reach if the transmitter was located on the north island of New Zealand... 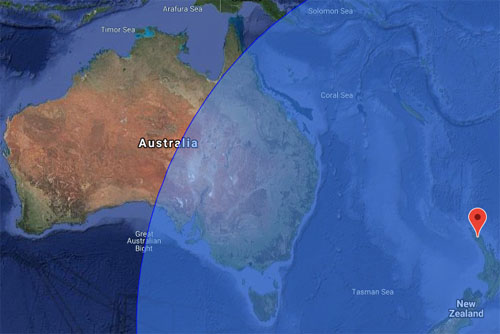 Will the record be broken? ... I guess you should never say never but the potential number of stations to the north of GM3SEK seems to make it unlikely.

An amazing day for UHF radio and records.

G4KUX worked D41CV on 432MHz on the 1st Jan, So it didn't last long. Signal was also seen weakly even further away by M0XVF but he couldn't get a decode.