On the 1st of January 2020, the New Year was hardly a few hours old when Calum, GM0EWX on the Isle of Skye in the west of Scotland managed to work D41CV on FT8 on 144 MHz. This now extends the IARU Region-1 tropo record to an amazing 4,776kms. 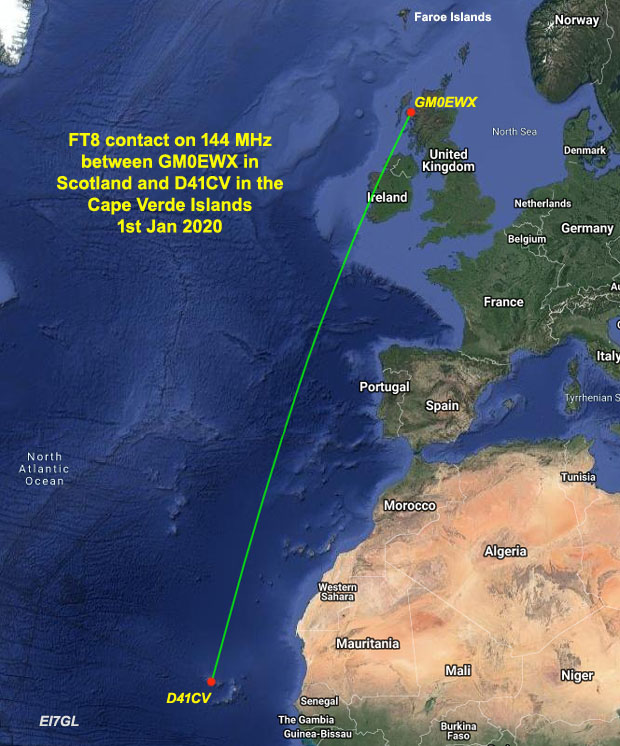 For the contact, GM0EWX was using an IC7100 with 400 watts into two 15-element long Yagi's about 15 metres above ground level.

Calum kindly sent on screenshots of the FT8 contact and they are added to the end of this post.

Mode of Propagation... It's very likely that the bulk of the path was due to a sea duct extending from the west coast of Africa, up past Portugal and up to the British and Irish Isles.


You'll notice however from the first map that the most northerly part of the path crosses over the island of Ireland. It seems likely that there may well be an elevated duct for this part of the path and it is then coupling into the sea duct for the remainder of the journey.

New limit... As the tropo record extends north, the number of potential stations capable of breaking it reduces. 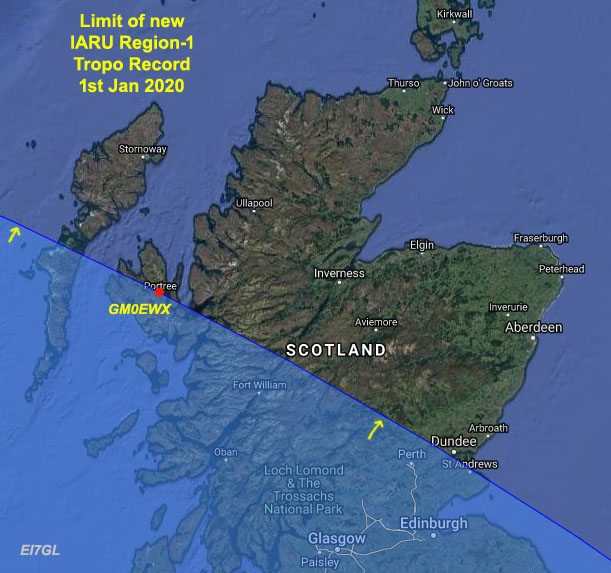 The one intriguing possibility is a tropo path from the Cape Verde Islands up to the Faroe Islands, a distance in excess of 5,000kms. Is it possible?

Just how far is the new record?... As outlined in previous posts, it's fine to be quoting numbers for new records but sometimes you need a map to put things into perspective.

If the record was say east-west over the North Atlantic, a signal from St.Johns in Newfoundland, Canada would reach this far into Europe... 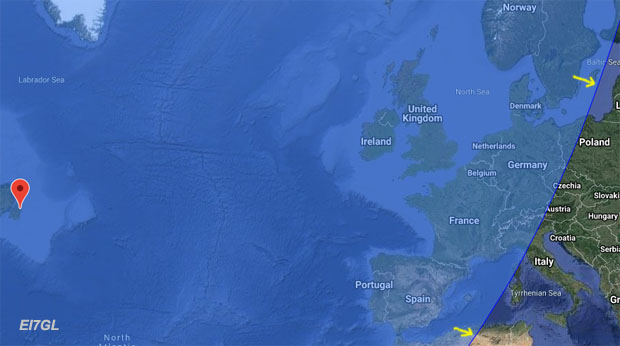 ...and a signal from the south-west of Ireland would reach this far into North America...

Addendum... Here are some screenshots of the FT8 QSO courtesy of Calum, GM0EWX. 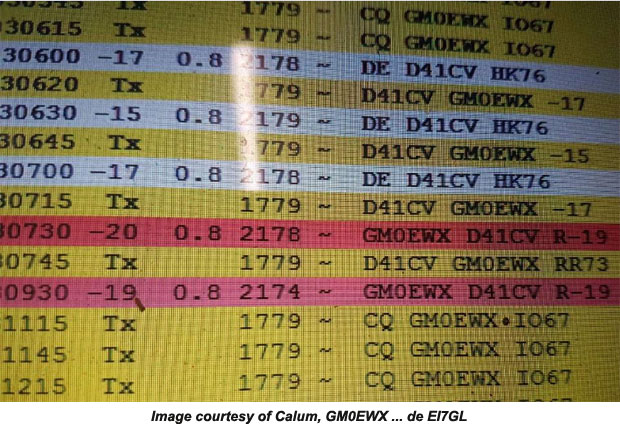 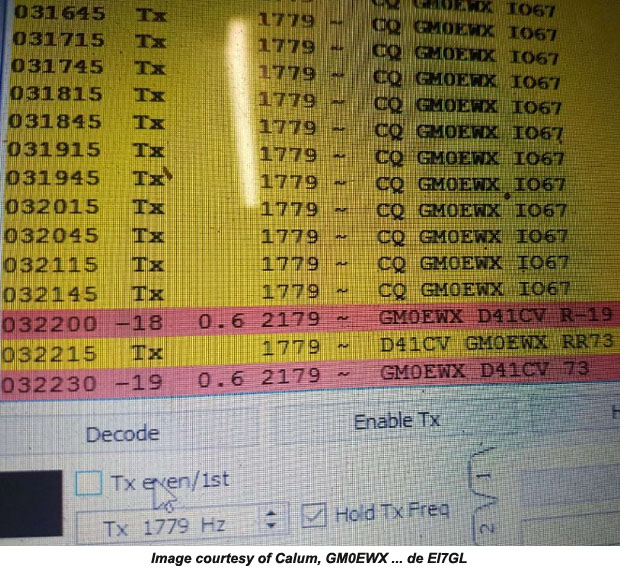 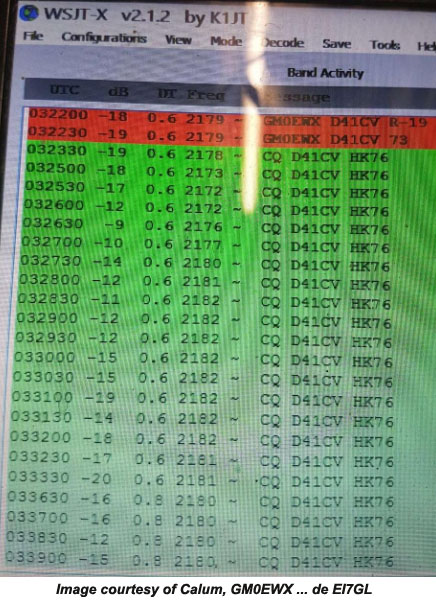 What is the Current world record?