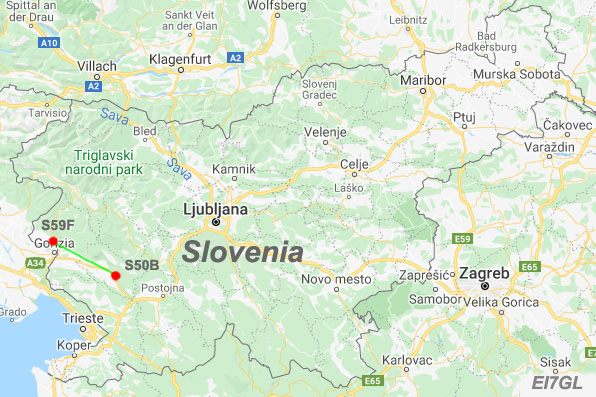 Even though the distance between each of the stations was only about 20 kms, this was over a very poor path with a lot of high ground in the way. Signal reports of 5/3 and 5/5 were exchanged on SSB.

S50B was also running 100 watts from an ICOM IC-7100 but into a dedicated SIRIO vertical for 8-metres.

Even though the Slovenian licencing authorities allocated a slice of spectrum at 8-metres back in 1998, it's only in 2020 that S5 stations have started up on the band. This is largely in response to the new 8-metre allocations in Ireland and Lithuania.

S50B had already worked EI4GNB and LY2YR for S5 firsts at 40 MHz so the contact with S59F was his third first for the band. 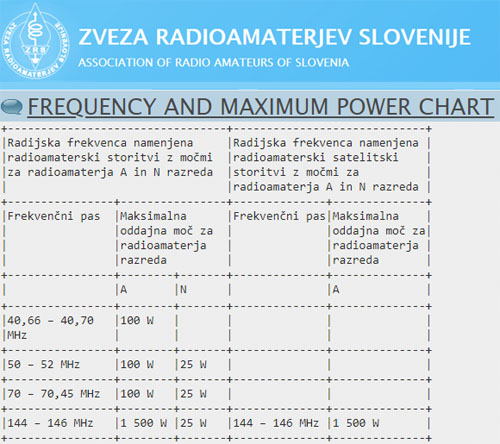 Borut S50B and myself (S5/M0MPM) just smashed the intra-Slovenian distance record on 8m, 40.670Mhz this morning 17/08/2020 at about 7:45 UTC.
Mode was FT8, it took almost 9 minutes to complete. We tried Phone and CW first with no luck. I’m here in JN75px and Borut is in JN65xu, 104kms. 73s were received on both ends.
No line of sight, it was some type of tropo or possibly aircraft scatter as I did not see even a trace of his signal for several minutes in between the decodes
I’m using a FT857d which happily transmits on this freq , antenna is a half size G5RV, with tuner.

I contacted Borut after reading the articles about 8m on your blog. Got confirmation that it is legal for class A CEPT license holders to transmit on this band (secondary user)

The Irish beacon Ei1KNH on 40.013 MHz was strong from midday for several hours