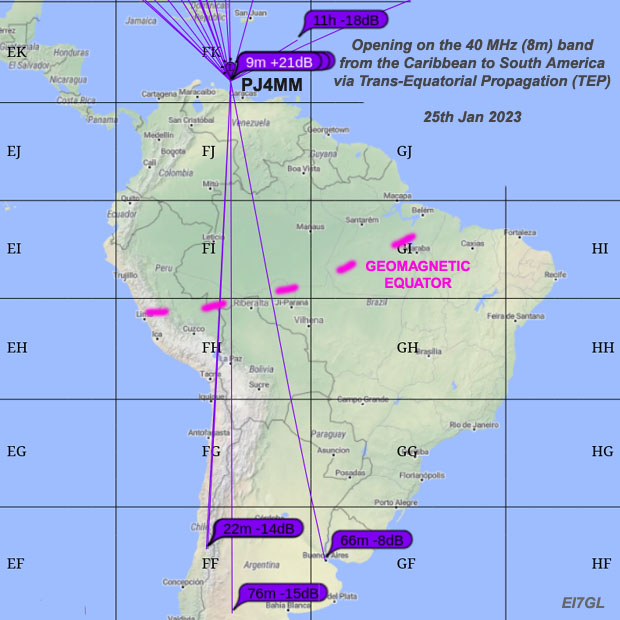 Martin, PJ4MM on the island of Bonaire in the Caribbean reports the following...

"This evening (24th January), I turned my antenna to the South and I received 8 reports from Chile (CE), Argentina (LU) and Brazil (PY). 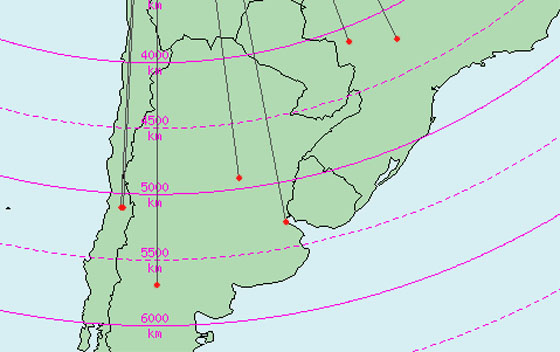 As the map above shows, most of the reports came from stations in the region of 4000 to 5,500kms which is pretty normal for TEP paths. The time was around midnight UTC which is about 9pm. 8-9pm local time is usually the time for evening TEP openings.
There have been some reports of TEP openings in South America at 144 MHz so it should be no great surprise that it was open at 40 MHz as well. It just took someone to try some tests on the 8m band.
I think it is especially welcome to see so many reports from South American stations and it will hopefully generate more interest in that part of the world in the 40 MHz (8m) band.
It would be interesting to see if the South American stations could hear some of the experimental 40 MHz stations in the USA? I think it might be possible in April when the TEP and Sporadic-E seasons overlap.
USA... Martin did also mention that he thinks there are more radio amateurs in the USA now listening on the 40 MHz band as well. These were the US stations that heard his FT8 signal on the 40 MHz in a 24 hour period. 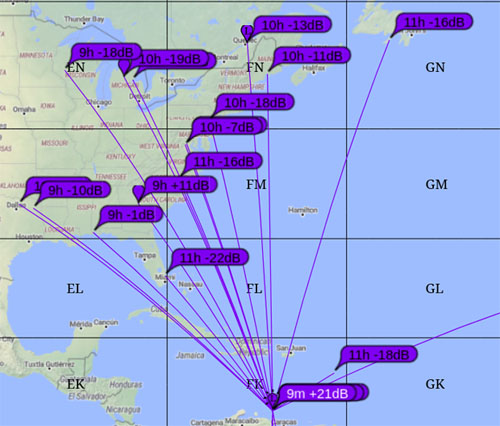