A new radio telescope in Ireland was established at Birr Castle in Co.Offaly in 2016. One of the antenna arrays works at low VHF frequencies and they produced this image of the Milky Way galaxy as seen at 44.92 MHz. 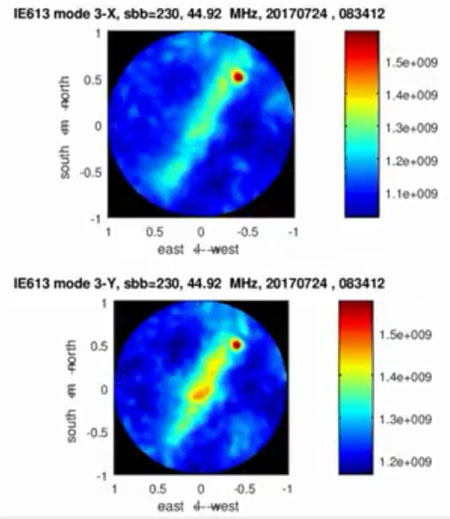 
And finally for now, a movie of the Milky Way observed by the low band antennas above Birr. pic.twitter.com/GCn1fBTcGI
— I_LOFAR (@I_LOFAR) July 28, 2017


It's a reminder that this part of the spectrum around 40 MHz is used by the radio telescope and obviously any signals in the spectrum from 30 to 80 MHz in this general area may be of concern.

Any radio amateur living in the area shown in red below should be aware of the radio telescope in Birr and be careful of any transmissions. 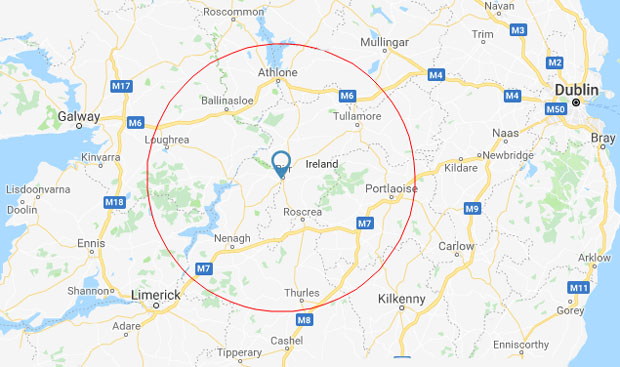 Email ThisBlogThis!Share to TwitterShare to FacebookShare to Pinterest
Labels: 40 MHz