This post is about the SNOTEL network in North America which shows how 40 MHz signals from remote weather stations are relayed by meteor scatter back to base stations.

SNOTEL (SNOwpack TELemetry). Across the western half of the USA, remote weather stations in mountainous locations record the level of snowfall in their respective areas. This data can then used to calculate the potential amount of melt water in the catchment area of a particular river. 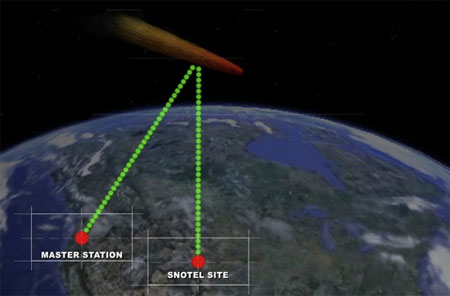 Radio bursts around 40 MHz are sent at the remote sites and these signals are then reflected off trails of ionised gas left by small meteors in the upper atmosphere. These trails decay quite rapidly so the signals tend to be of a short duration. 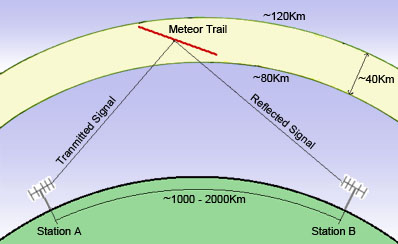 Meteor communications was discovered by the military in the 1950's, but really didn't get off the ground until the Natural Resources Conservation Service (NRCS) began to explore what method was the most cost effective to use for automated weather stations to send their data back to a central point.

Contractors began looking at the various technologies in early 1970.  They looked at line-of-site systems, satellite, and meteor burst.  The one that we choose was meteor burst. So, in 1975, the system began to take shape and in 1976, the first SNOTEL data was transmitted using meteor burst communication. 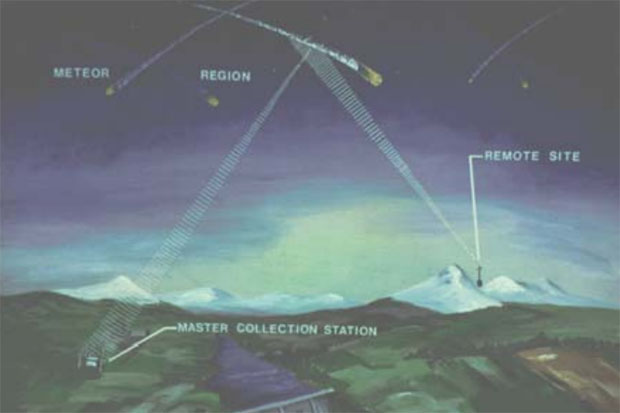 NRCS owns and operates two master stations which act as central receiving stations.  Only one is required, but because of the critical nature of the information that SNOTEL provides to it's users, two were installed for redundancy purposes.  Each master station is able to communicate with up to
3,000 remote sites within a radius of 1,000 miles.  Once the master station receives the data, it is forwarded via landlines to Portland, OR and made available. 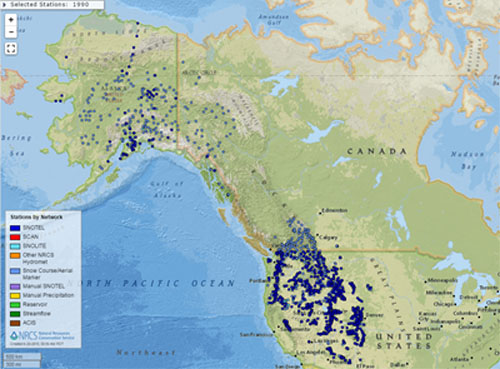 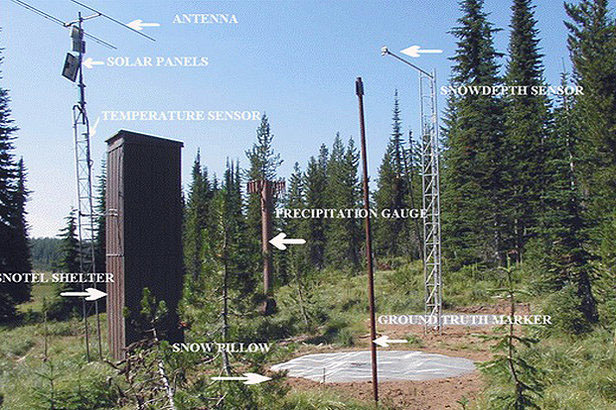 Using meteor burst communication was the cheapest method for us to use, plus it is totally under NRCS control.  If we want data, we don't have to wait for 3 to 6 hours for the satellite (GOES) to acquire the remote sites data.  With meteor burst, we can reliably get hourly data from most geographic areas, where GOES needs to have a clear view toward the south.  That means that if we wanted to put a site down in a canyon where the southern skyline was obscured, we couldn't get data out using GOES, but can with meteor burst.

We use two types of encoding, a 90 degree FSK for the first ~ 10 seconds of each minute then a 30 degrees FSK for the rest of the minute.  We do this to allow our two types of meteor burst radios to work.

As you can see, this post illustrates the potential of the 40 MHz band for meteor scatter communications and experiments.

Thankyou for the Snotel article.
Approx. 2016 I had very good signals in to New Zealand on 40.670. Vary rare as they have not been heard since. Regards, Mark ZL2WHO