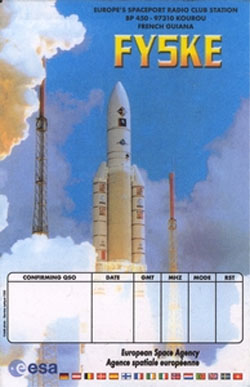 I had a listen to the 10 metre band late this afternoon and I noticed some weak cw beacons around 28.204 / 28.205 MHz. They were very weak but I could just make out the N3 callsign and the FN in the locators which meant the band was open to North America. Some F2 propagation at last!

I had a look on the DX Cluster and it was quiet enough. I noticed that FY5KE had been spotted on 28.030 MHz. When I listened, sure enough he was there but he was very weak. He was calling CQ a lot so it wasn't like he had a pile up.

I heard EI4KN call and work him with ease. Ronan is in Cloughjordan on the Tipperary / Offaly border, about 120kms to the north. That's a nice distance for a direct path on 10m. I don't believe it was backscatter as the band wasn't that good.

I had a look around the band and it was pretty quiet. Went back to 28.030 MHz and just left the rig there. After about 10 minutes, he came up out of the noise and I worked him first call with about 50 watts.

It was only later that I realised that FY5KE is actually at the Space Centre in French Guyana.

I had a look around the band and it seemed dead. I put the rig on WSPR and FY5KE popped up there as well. 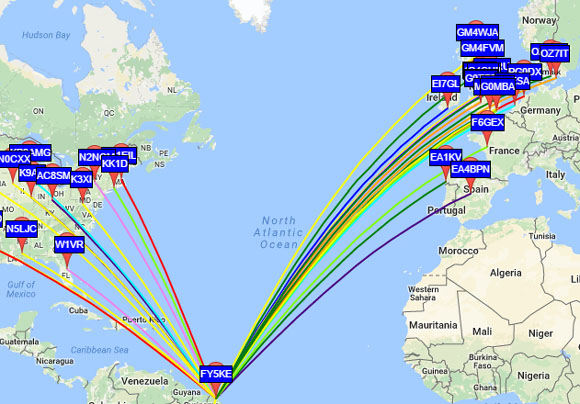 It was hardly a huge opening but interesting all the same.
Posted by John, EI7GL at Tuesday, December 06, 2016