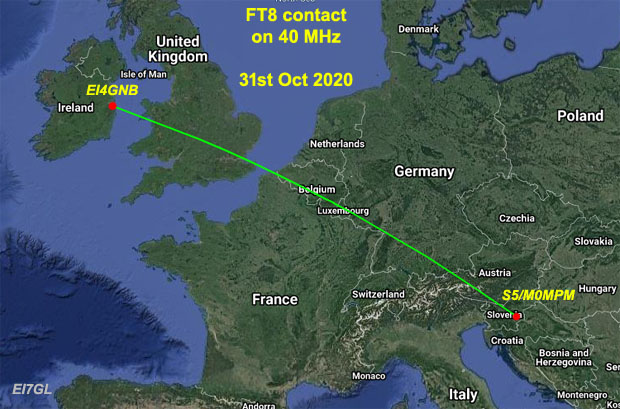 While the main Sporadic-E season occurs mainly from May to July every year, there are still smaller openings at other times of the year.
One such opening occurred on the 31st of October 2020 when EI4GNB and S5/M0MPM made the most of it to complete an FT8 contact on 40 MHz.
Michael, S5/M0MPM writes... "After a few trials over the last few weeks, I heard/saw Tim's signals a few times, in FT8 and JT65, and finally we managed a contact. Tim contacted me by Whatsapp to warn about the opening, luckily I was available.

Both 6M and 10m were open between Slovenia and Ireland, and so it worked on 8m as well.

Tim was quite strong with me, but unfortunately I only had my G5RV antenna available, with a tuner. 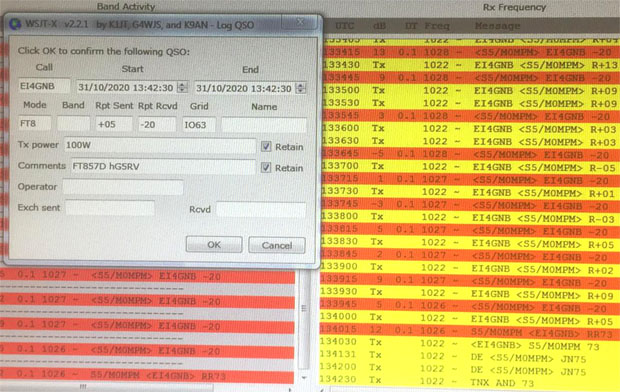