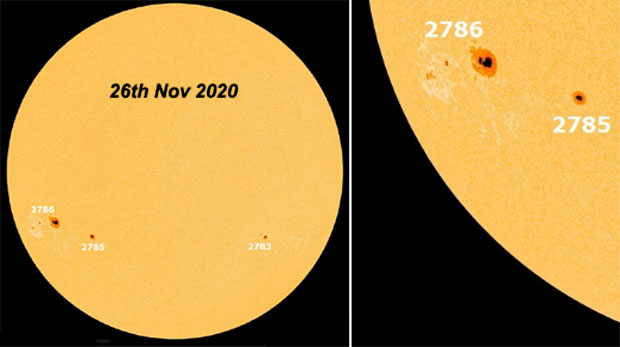 After a long solar minimum slumber, the sun has really begun to wake up in the last few weeks. On the 24th of November 2020, the solar flux hit 100 for the first time in about three years. The last time the solar flux was over 100 was back on the 10th of September 2017.

The photo above shows some of the sunspots on the solar disk including region 2786 which has a dark core which is slight larger than planet Earth.

The chart below shows the dramatic change in the solar flux in the last 12-months...

The biggest change in the conditions on the HF bands is that the higher bands like 10-metres are now opening. At the end of 2019 at the sunspot minimum, there were some hints of propagation but mostly on north-south paths. Fast forward to the 26th of November 2020, you can see that there was a nice opening to the USA on the 28 MHz band. 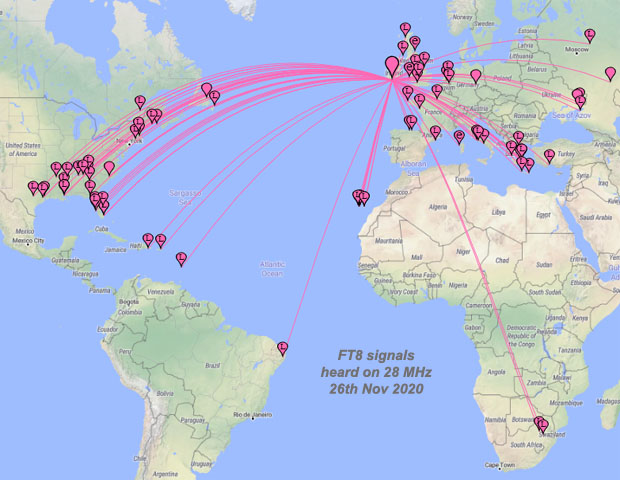 It's been a long time since I heard signals from Texas on 28 MHz via F2 propagation.