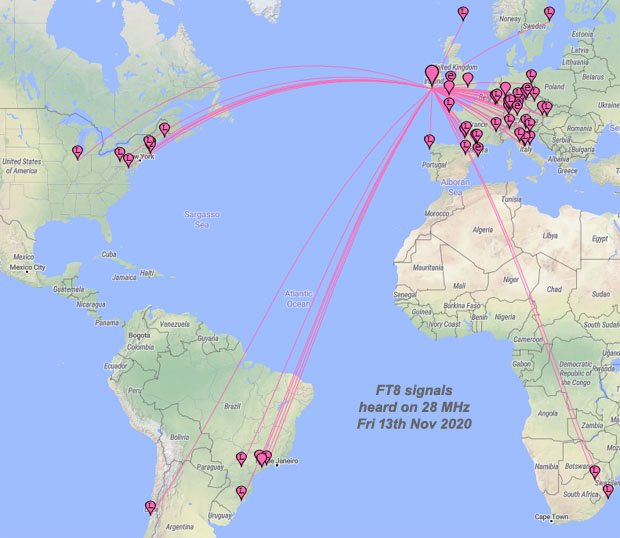 The conditions on 28 MHz on Friday the 13th of November 2020 weren't great but the band did open up to the USA.

There were some Sporadic-E signals from the centre of Europe but not a huge number. There were no Russian stations to the east heard on the band indicating a lack of F2 propagation in that direction.

And yet, a handful of stations from the USA were heard. Was it via multi-hop Sporadic-E? Was it via F2 layer propagation? I suspect it may have been F2 but it's impossible to tell.

The solar flux was around 85 which is certainly up on the last few months but is still pretty low in terms of allowing east-west paths on 10-metres.

Nice John, I had a brief opening to Trinidad&Tobago today. Worked 2 stations. Also saw Dominican Rep. but couldn't make it before the signal decreased. There was also a strong opening to south Africa. 73, Bas