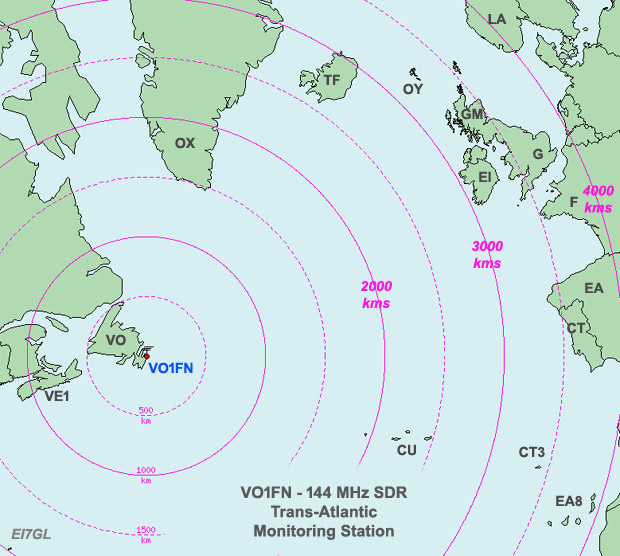 Frank, VO1HP reports that the VO1FN monitoring station will be listening for trans-Atlantic FT8 signals on 144.174 MHz from the 21st to the 25th of June.

As I write this on the 21st of June, there are reports of Sporadic-E on 88.5 MHz between Ireland and Greenland.

If stations in the west of Europe can hear strong VO stations in Newfoundland on 50 MHz then they should consider trying to point their 144 MHz beams towards Newfoundland and give a few calls on FT8.

I try many times a day, and have been since the end of May. I rarely see anybody on the other side listening and if they are, they are too far away, and few in number.

Not sure what is going on, really. It's as though nobody is really trying - unless someone else succeeds, then it will be 'oh, I wonder if they *really* did it', and everyone will turn antennas west!