10th June 2021: When the events on a day have to be broken up into three posts then you know something special must have happened! 😄

This post looks at the 144 MHz opening from CU3EQ on the Azore Islands in the North Atlantic. 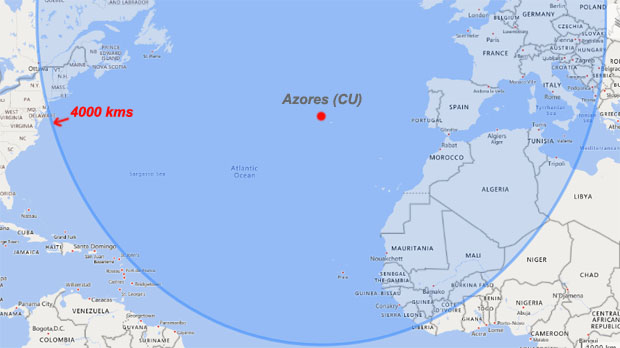 I don't think the path from CU to west europe was tropo, but it was Es. Here from IN95 I listened from CU3EQ at same time as also listened and much stronger CT3HF and EA8JK with signal in the positive part on FT8, this last about 20min here then gone and it was clearly Es as tropo signals can not be that strong on my single 9elts. At the same time, I still have the Es path over sardinia opened and kept listening SV station few more hours. This mean two Es clouds were in action at the same time (the Sardinia one as much stronger)