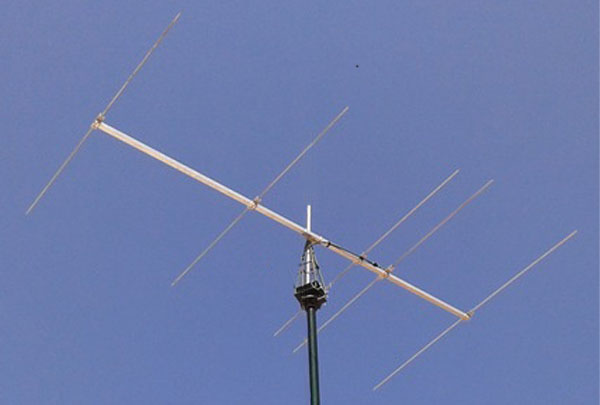 YU7EF in Serbia is a well known designer of HF and VHF beams and many radio amateurs worldwide use his designs. In this post, we will look at two 5-element Yagi antenna designs for the new 40 MHz (8-metre) band.

The design with dimensions is shown below. 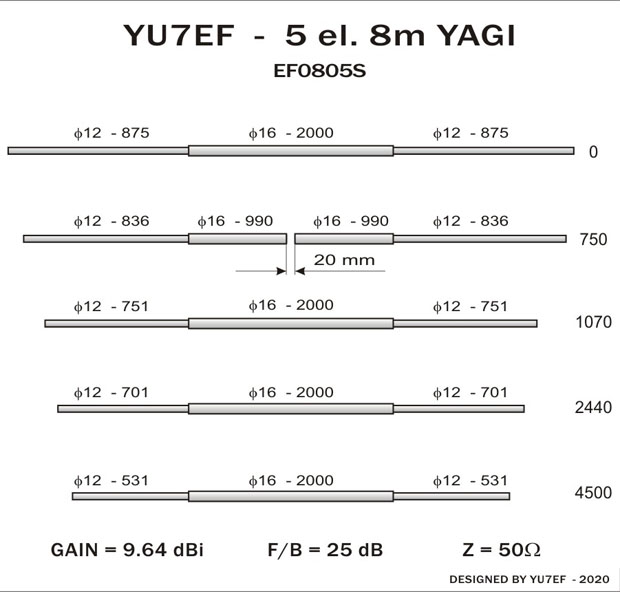 The calculated gain in free space is about 7.5dBd and has a front to back ratio in the region of 25dB.

The polar diagram shows a -3dB beamwidth of about 57 degrees. The -6dB beamwidth is in the region of 80 degrees. 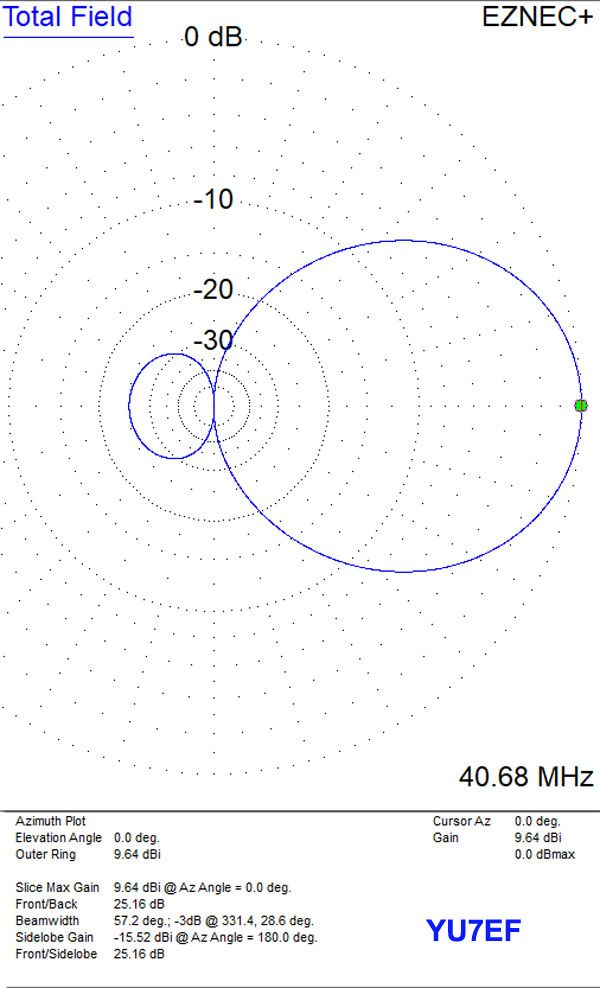 The front to back ratio is in the region of 25 dB at the design frequency.

The second design with dimensions is shown below. 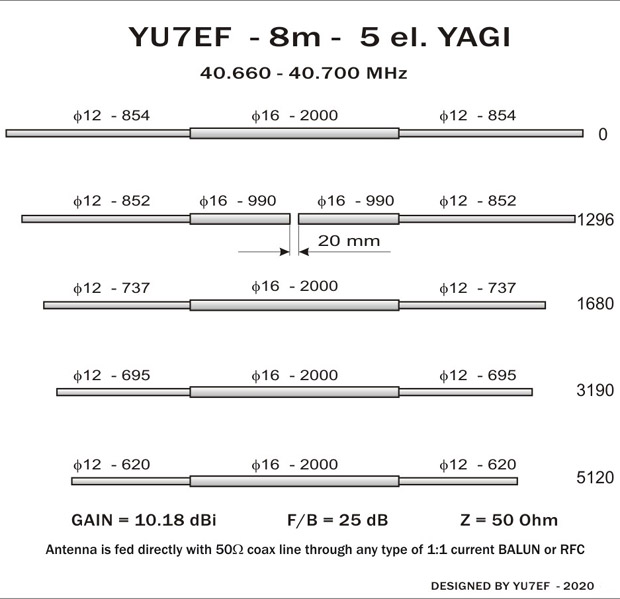 Note that this design has a slightly longer boom at 5.12 metres. As a result, there is about 0.5dB extra gain with a calculated gain of about 8.0 dBd.

Like the previous design, this second version has a very good front to back ratio, low VSWR and consistent gain across a wide range. 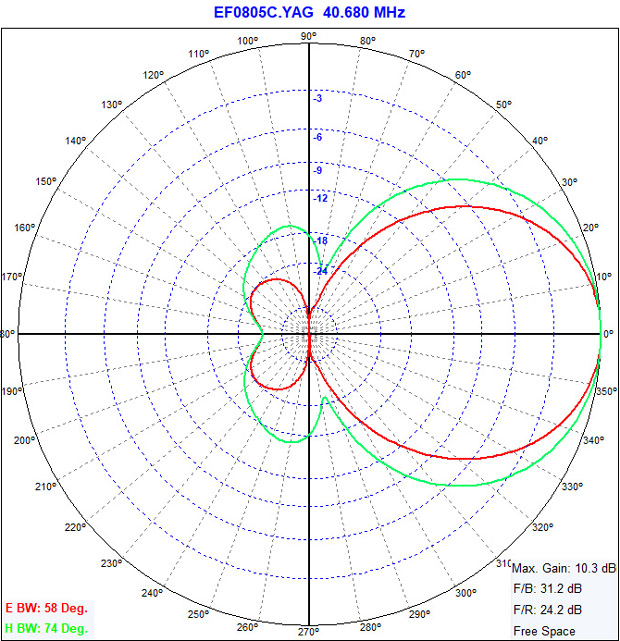 The antenna feed is a simple dipole with a RF choke in the feed line. 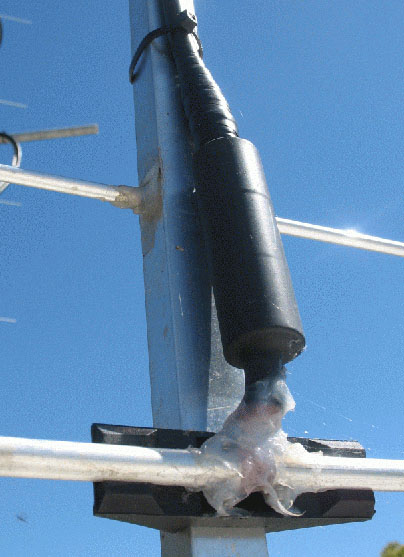 The example above shows the coax passing through three ferrite cores which will prevent RF from flowing on the outside of the feed cable.

If this antenna is mounted horizontally and well above ground level then it should offer good performance for the 40 MHz (8-metre) band.

RF choke is a must, I have problems with RFI with 25 watts only with YU7EF yagi. I use few turns (quater wave of coaxial feeder). This solved my problem.