Hot on the heels of the last post about the 5400km TEP opening on 144 MHz between Argentina and the island of Aruba, we have details of some more contacts that reached in excess of 6000kms! 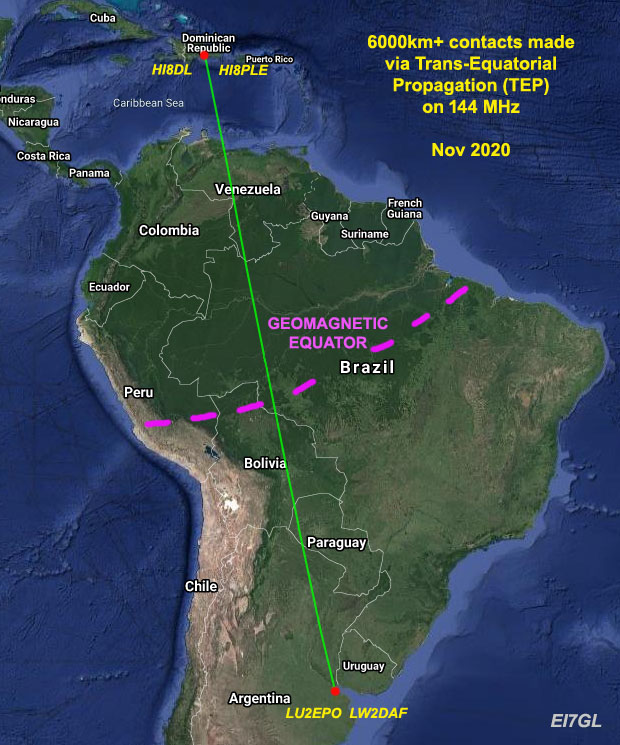 The mode was SSB and the distance was 6102kms. 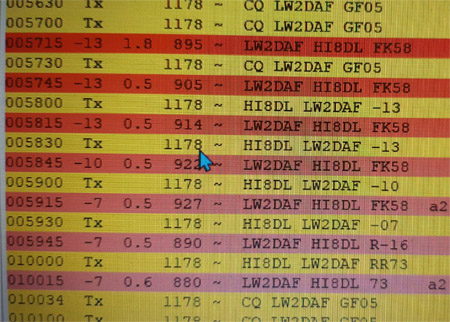 In the map above, the geomagnetic equator is shown in Purple. Both the HI8 and the LU stations are at right angles to it which is important at 144 MHz.

With Trans-Equatorial Propagation (TEP), zones of high ionization occur either side of the geomagnetic equator in the F layer of the ionosphere. What makes the mode so interesting is that it can allow propagation on the VHF bands from 50 MHz to 144 MHz. As the zones of ionization is roughly 400kms above ground level, the propagation paths achieved are in the region of 4000 to 5000 kms, much greater than what might be usual with Sporadic-E.

Normally on 144 MHz, both the northern and southern stations are equidistant from the geomagnetic equator. The stations in the Dominican Republic seem to be slightly further away on this occasion so it's possible that there was a slight tropo extension of a few hundred kms across the Caribbean.

A 6000km contact on 144 MHz is really incredible. To put that into perspective, that is twice the distance across the North Atlantic between Ireland and Newfoundland!