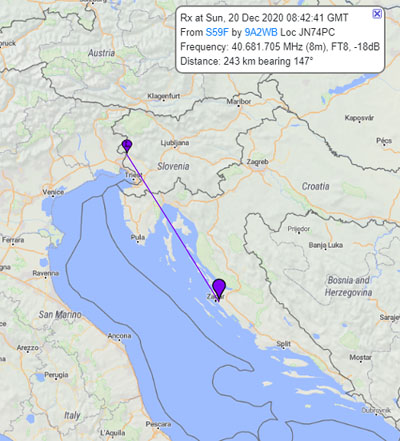 Back the start of December 2020, I had a post up about how radio amateurs in Croatia were now able to get permission to use the new 40 MHz (8-metre) band.... https://ei7gl.blogspot.com/2020/12/new-activity-from-croatia-on-40-mhz-dec.html

Interest continues to grow and tests have been done with stations in neighbouring Slovenia. 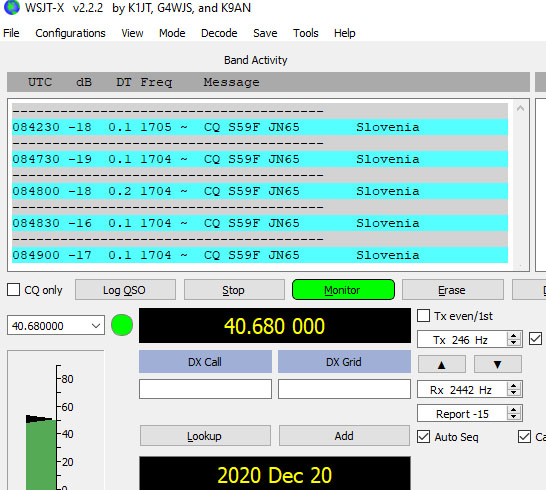 This frequency is in the centre of the 40 kHz wide Industrial, Scientific & Medical (ISM) band at 40 MHz.

The signal between the two stations was in the region of 243kms over a very obstructed path. While the signals were weak and buried in the noise, they did seem to be consistent at about -16 to -19dB.

While this was a one way reception report on this occasion, it does bode well for a successful two way contact between the two countries in the near future.

More information about the new 8-metre band can be seen on my 40 MHz page... https://ei7gl.blogspot.com/p/40-mhz.html

Didnt get the licence yet... not sure if i will get it at all.
Patrik 9a5cw