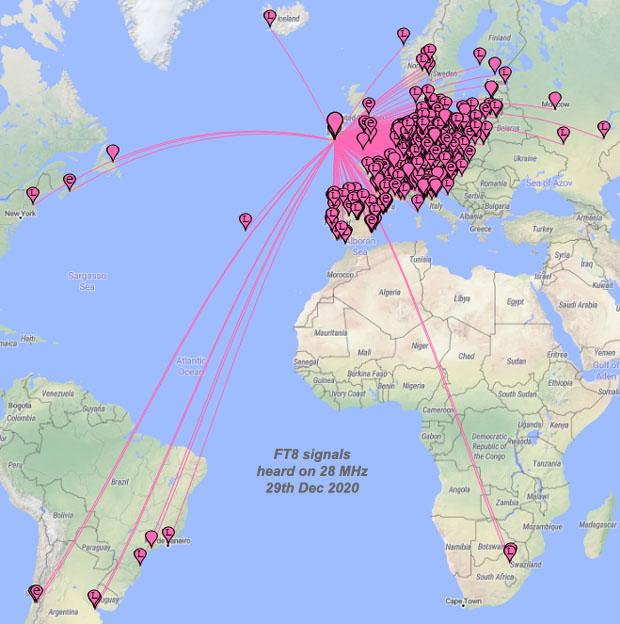 There was a nice mid-Winter Sporadic-E opening on Tuesday the 29th of December of 2020 with plenty of signals on the 10-metre band.

As the map above shows, there were some F2 openings to South Africa and South America but the most interesting point was the sheer number of stations heard via Sporadic-E. 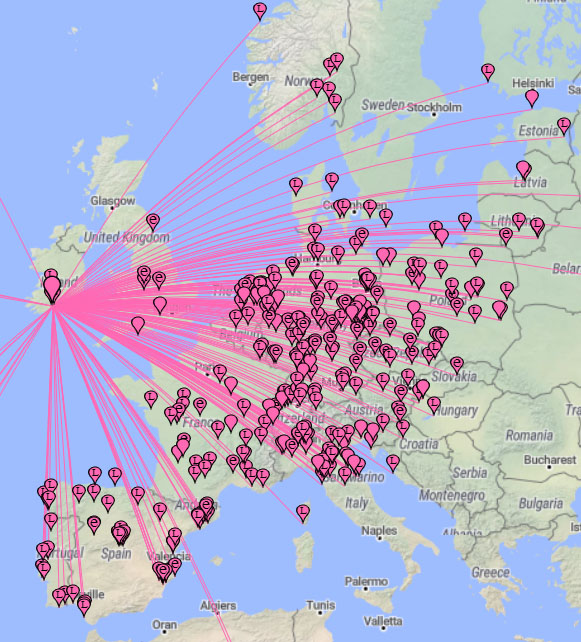 A total of 332 stations were heard which would be the same as a reasonable day during the Summer months. The Solar Flux on the day was 84 which was down slightly on the 88 of the last few days.