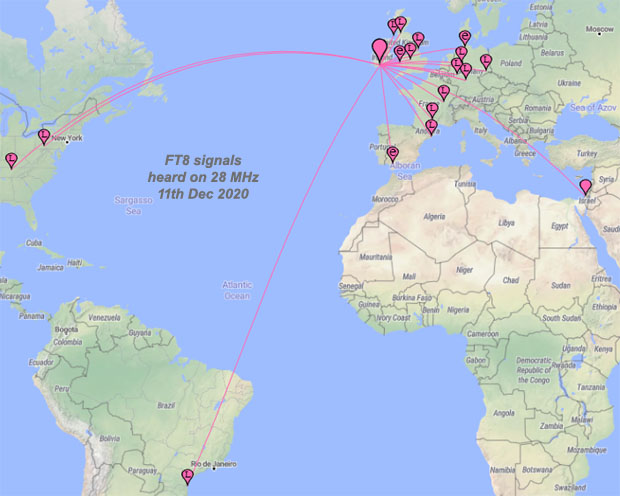 In the last few days, I noticed a noticeable drop in the level of activity on 28 MHz as the Solar Flux drops. There is still evidence of F2 propagation as can be seen from the opening to the USA and Israel as shown in the map above but this is in marked contrast to say the 26th of November 2020 when I was hearing lots of stations from the United States.

After that, there was a gradual decline and it was back down to 83 on the 11th of December 2020. Hence the drop in radio conditions on the HF bands including 28 MHz.

The ARRL 10-metre contest is on this weekend and conditions for it are likely to be modest at best but not as good as it would have been two weeks earlier.

It'll be interesting to see what the flux is like around say the equinox in March 2021. We'll be a few more months into the new cycle and the sun might hopefully be a bit more active.