Did a VHF APRS signal cross the North Atlantic on the 17th of Apr 2021? (Spoiler-Probably not)

The Ham Radio Concepts Facebook page put this image up on Saturday the 17th of April with the comment... 'Wow! Is this a computer glitch? A transcontinental band opening on VHF?' 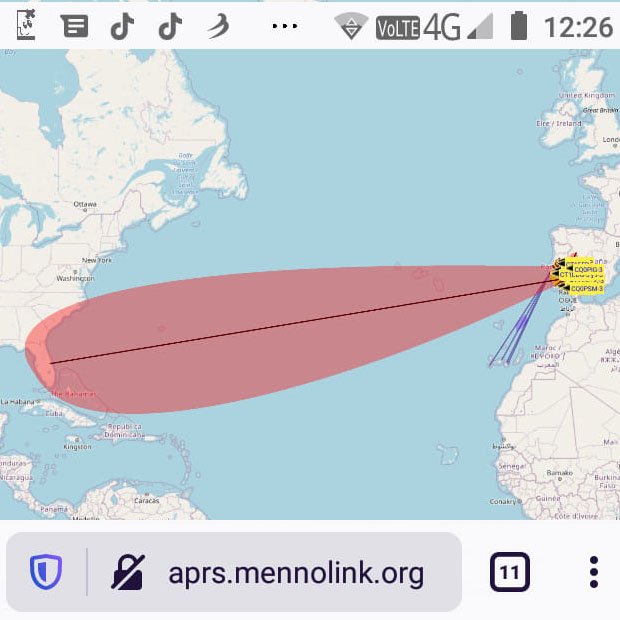 I've edited the image to remove the parts of the map which aren't of interest and left the important parts.

The Facebook post was put up around 17:00 UTC on Saturday the 17th of April. Other than that, we don't have any other info to go on.

Who? What? Where? When?... Other than the time stamp on the image which may not be UTC, we have no other info. Was it a 144 MHz FM APRS signal? What was heard? Who heard it? When was it heard? Is it even real?

I looked at the mennolink website but couldn't really get any further. I'm posting it here so that others can investigate if they want to.

I looked at the F5LEN tropo forecast website and it does show some enhancement in the Atlantic for large parts of the path but that in itself proves nothing.

Until such time as there is some actual real data, I'd be inclined to write it off as a non-event.