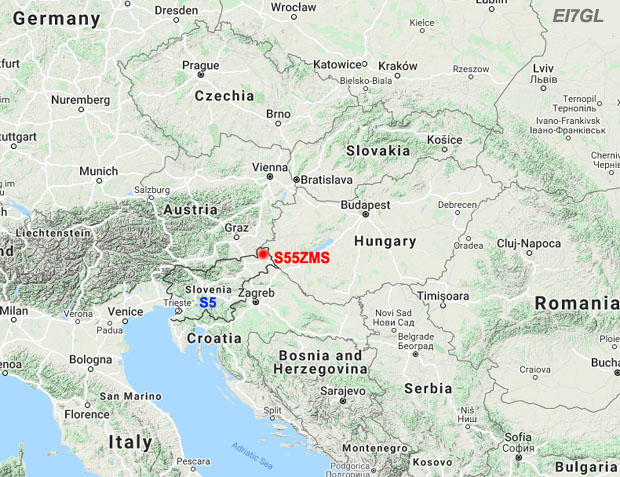 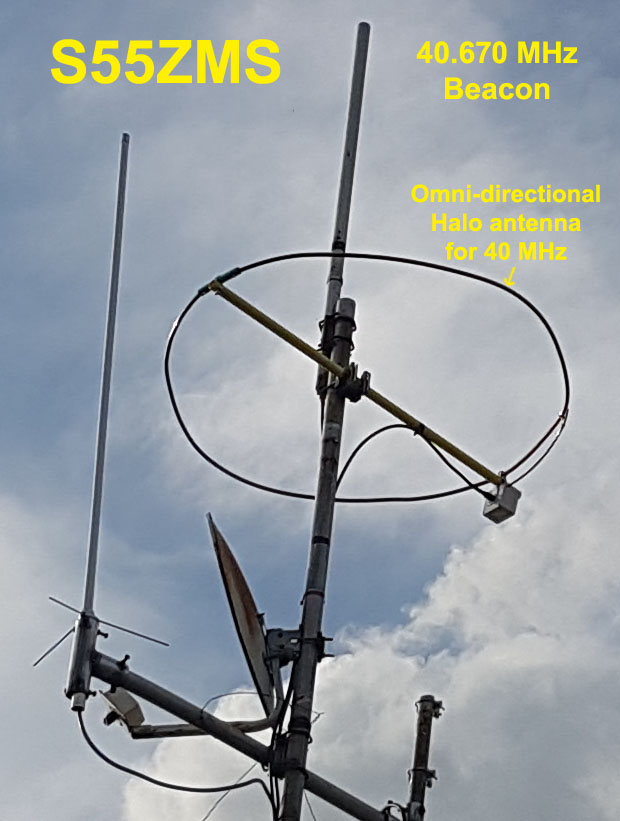 Update - 16th Feb 2021: The S55ZMS beacon is currently under test. The power output is 4-watts into a multi-band dipole. The plan is to eventually increase this to 10 watts and to move the beacon to the S53M contest location which is situated on top of a hill. A proper 40-MHz dipole is planned for the site but its exact location on the site and its orientation hasn't been finalised.

More good news for the new 8-metre amateur radio band! A new beacon in Slovenia is now operational on 40.670 MHz.

The callsign of the beacon is S55ZMS and it has an output power of 7 watts into a dipole. The transmissions are in both CW and on PI4, a digital mode designed for beacons.

The beacon is located near Bakovci in the far eastern part of Slovenia near the border with Hungary and its locator is JN86BO.

The licensing authorities first gave permission for 8m beacons in Slovenia back in June of 1998 but not  much happened at the time. This new beacon in the 40 MHz ISM band (Industrial, Scientific & Medical) is now the third operational 8m beacon in Europe joining OZ7IGY in Denmark and EI1KNH in Ireland. 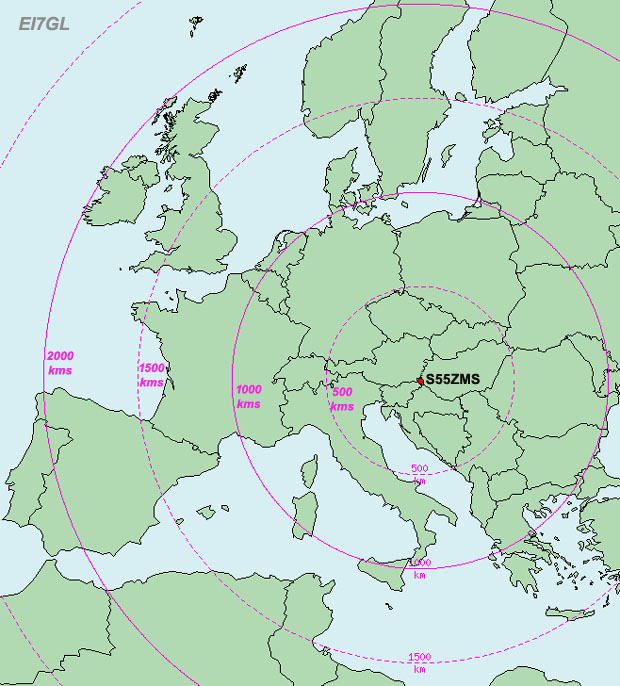 The map above shows the location of the 8m beacon in Slovenia and the distances from it. It's very likely that it will be heard around Europe during the Summer months by Sporadic-E propagation. The range is likely to be in the region of 800 to 2100 kms.

The fact that the new beacon from Slovenia is also further south than the beacons in Ireland and Denmark is also significant. As we move further into solar cycle 25 and the flux rises, there will be times when 40 MHz signals will be heard much further away in places like North & South America, Africa and Asia.

It's also highly likely that the 40 MHz signal from Slovenia will be heard in South Africa through a combination of Trans-Equatorial Propagation (TEP) and Sporadic-E (Sp-E).

For more information on the 40 MHz band, visit this page on the blog... https://ei7gl.blogspot.com/p/40-mhz.html

Pity the contact page on https://slovhf.net/ham-radio/kontakt/ gives a 404, I'm keen to know what frequency to monitor on PI4 as this is almost ideal Es skip distance for me.

Paul, I'd suggest you use the OZ7IGY beacon directions as a guide.

Set your radio to USB on 40.6692 MHz and then try to decode. You should see the four tones and cw carrier eventually so you'll know if you're on frequency.

That makes sense John, I've set up a third VFO so will leave it monitoring and with the speaker on this morning in case I hear any pings from it.