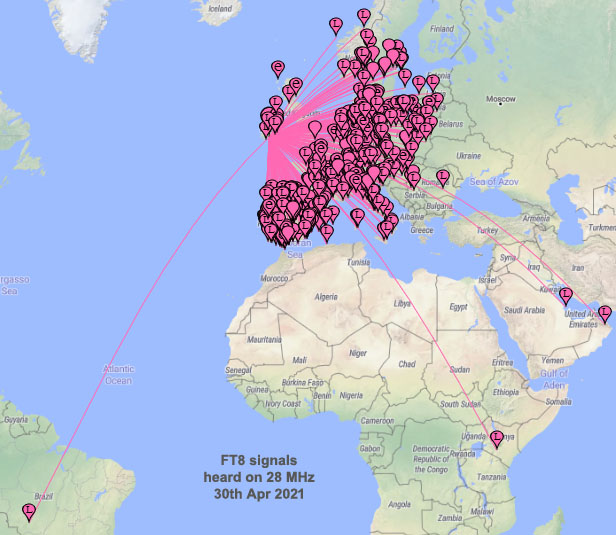 Just 4 of those were outside the normal Sporadic-E range and were probably via F2 propagation.

The European stations heard via Sporadic-E are shown in the map below... 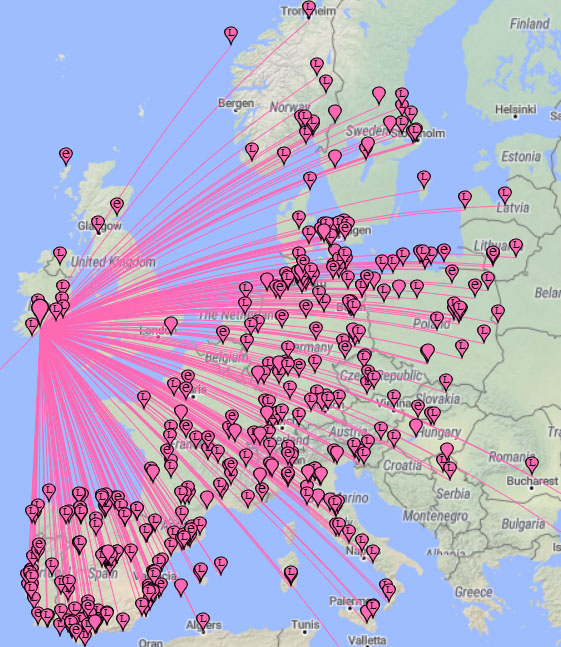