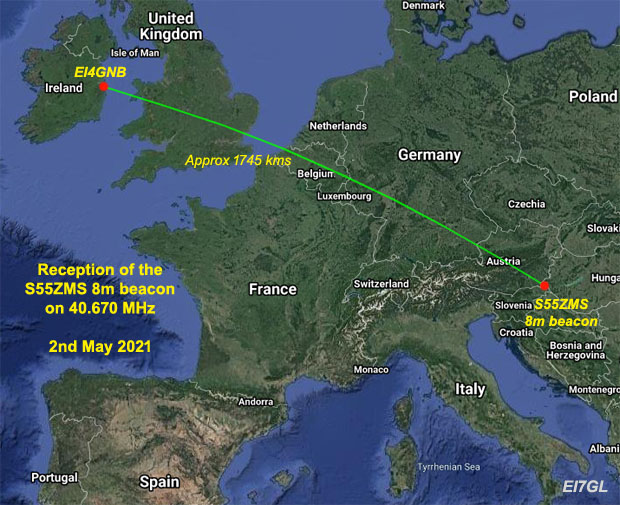 Just two days later on the 2nd of May, Tim EI4GNB near Dublin reports hearing it. 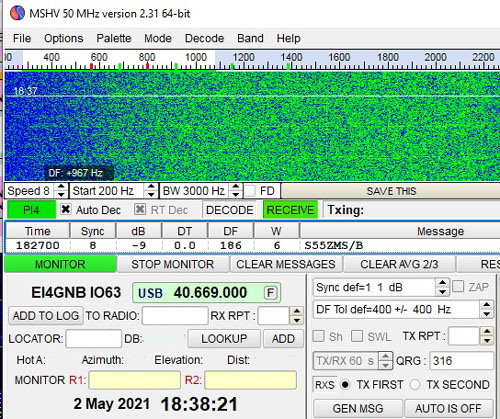 The signal was down at -9dB and buried in the noise but it still made it through. The distance was around 1745 kms which is pretty normal for one-hop Sporadic-E.

S51FB in Slovenia also reports hearing it on the 1st of May but that would have been via tropo.

If you hear this or any of the other 40 MHz beacons then be sure to spot it via the DXMaps website.

For a list of beacons on the 8-metre band then check out my 40 MHz page.