On the 13th of April 2021, a company named StarWaves announced the release of a new Android app called DRM SoftRadio. The app allows a user of a Software Defined Radio (SDR) to listen to any DRM digital broadcasts on an Android smartphone or tablet.

Some of the features... 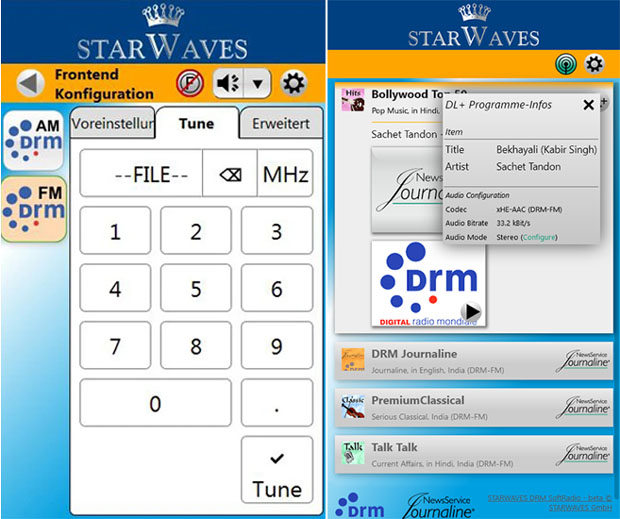 Supports all DRM frequency bands – from the former AM bands (LW/MW/SW) to the VHF bands (including the FM band), depending only on RF dongle functionality

Graphical spectrum view to check the signal on the tuned frequency

For live reception, an SDR RF dongle must be connected to the device’s USB port (with USB host functionality). The following SDR RF dongle families are currently supported, along with a range of specifically tested models:

Analysis... While DRM (Digital Radio Mondiale) has been around as a digital radio standard since 2003, it has proved difficult to get accepted by broadcasters and the general public. Broadcasters were unwilling to use DRM due to a lack of suitable receivers and the public weren't interested because there were a lack of DRM transmissions.

That has changed of late with the introduction of DRM transmissions in the medium wave band in India. Considering its population, it is assumed that this will kick off the development of cheaper DRM receivers.

While SDR receivers are probably used more by those interested in technology and radio rather than the general public, this new app does open up DRM transmissions to a whole new audience.

The app costs in the region of €5/$5 which is very modest for most SDR users.

It is my understanding that a Windows version is being developed by the company and this should be of interest to an even wider audience. 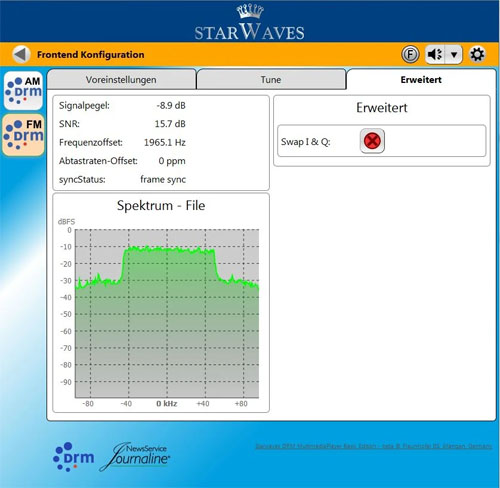