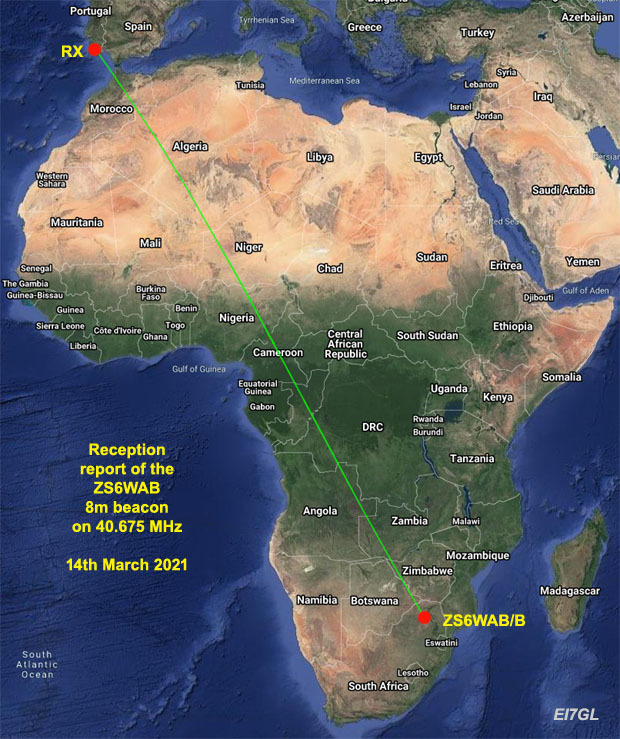 Back in February, I had a post up about the ZS6WAB 8-metre beacon in South Africa transmitting on 40.675 MHz.

On the 14th of March 2021, someone in the Algarve in the south of Portugal claims to have heard it.

I fed the audio into the Spectrum Lab software programme and a screen grab of part of the signal is shown above.

The signal was heard by an experienced TV-DXer in the south of Portugal.

The distance works out as approximately 7,800kms.

There are spots on the DX-Cluster for ZS stations on 28 MHz being heard in southern European countries.

"I started to received this in March during the afternoon.. At times it can be very strong, enough to copy the signal using a 20cm piece of wire as an aerial. There's often not much other activity in the 30-40MHz range when it's being received. Never heard it before 12.30 or after 16.30 gmt. On some days it can briefly appear just for a few minutes only. Hugh. "